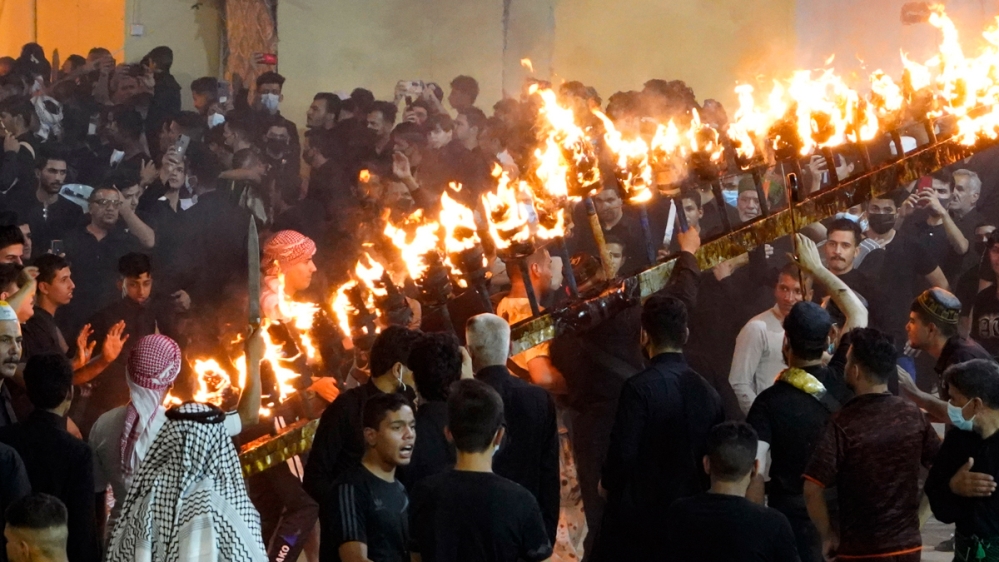 [Aljazera]In Pictures: How Ashoura was marked amid coronavirus restrictions

[Aljazera]In Pictures: How Ashoura was marked amid coronavirus restrictions

Thousands of tearful Shia pilgrims wearing gloves and face masks flooded Iraq’s city of Karbala on Sunday to mark Ashoura in one of the largest Muslim gatherings since the COVID-19 pandemic started.

Ashoura, the 10th day of the Muslim month of Muharram, commemorates the killing of the Prophet Muhammad’s grandson Imam Hussein in the Battle of Karbala in 680 AD.

Typically, millions of Shia Muslims from around the world flock to the golden-domed shrine where Hussein’s remains are buried, to pray and cry, shoulder-to-shoulder.

But with coronavirus numbers spiking across the globe, this year’s commemoration is subdued.

There were notably fewer pilgrims this year as authorities in Iraq, other Shia-majority countries and the United Nations urged people to mark the holiday at home.

Neighbouring Iran, which usually sends tens of thousands to Karbala, is the hardest-hit Middle Eastern country with more than 21,000 coronavirus deaths.

In Afghanistan and Pakistan, health authorities have reported a fall in new virus cases but security remained a top concern, as Ashoura has often been tainted by mass violence targeting Shias.

Many have opted for scaled-down family gatherings but some processions leading up to Ashoura saw thousands turn out, and larger crowds are expected on Sunday.

[Aljazera]T20 World Cup: West Indies on the menu as Super 12 gets under way