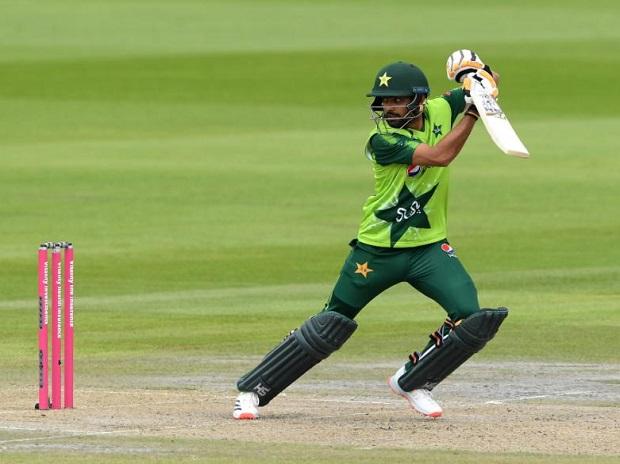 Pakistan limited-overs skipper Babar Azam on Sunday completed 1,500 runs in the shortest format of the game.

Azam, who was 29-run short of 1,500, achieved the feat in the ongoing second T20I against England at Old Trafford in Manchester. Check Eng vs Pak video highlights here

The right-handed batsman reached the feat in his 39th innings – the joint-fastest to the mark with India skipper Virat Kohli and Australia captain Aaron Finch.

England skipper Eoin Morgan won the toss and asked visitors to bat first. Pakistan openers Fakhar Zaman and Azam had a decent start of the game. The duo had a 72-run stand for the first wicket.

Zaman was picked by spinner Adil Rashid in the ninth over. He played a knock of 36 runs.

Mohammad Hafeez joined Azam in the middle and stitched a partnership of 40-run. In the 13th over, Rashid sent Azam back to the pavilion as he was caught by Sam Billings at deep midwicket. He amassed 56 runs off 44 balls including seven fours.

Kohli is the leading run-scorer in the T20I format. He has scored 2794 runs in 82 games so far while India vice-captain Rohit Sharma is second in the list with 2773 runs in 108 matches.