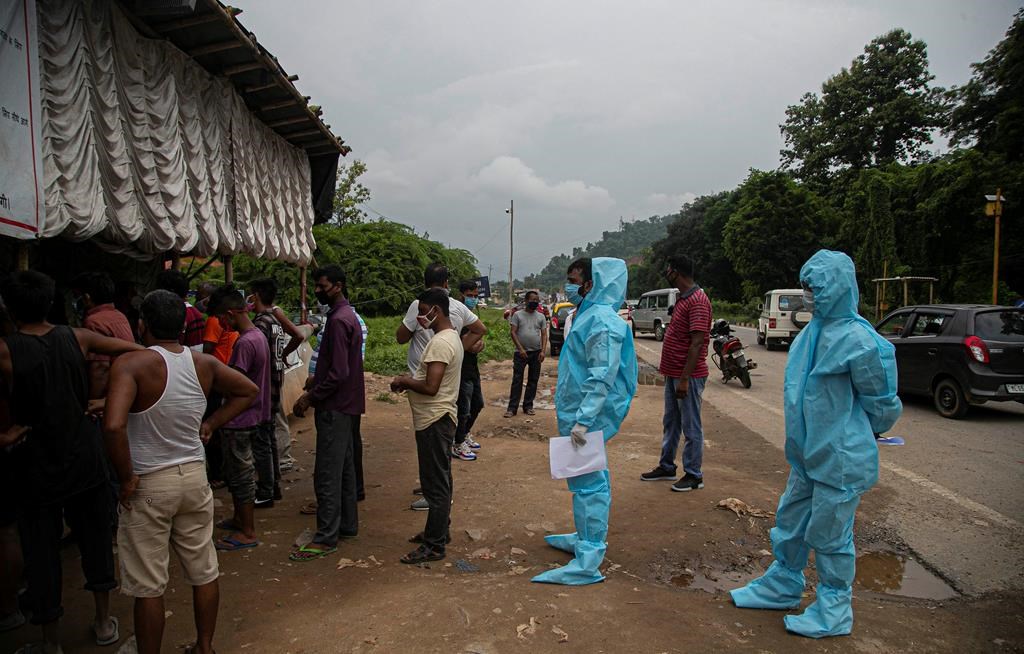 PROVIDENCE, R.I. — The confirmed number of coronavirus cases in the world has reached 20 million. That’s according to the tally kept by Johns Hopkins University.

Health officials believe the actual number is much higher, given testing limitations and the fact that as many as 40% of all those who are infected have no symptoms.

The U.S., India and Brazil have together accounted for nearly two-thirds of all cases since the world hit 15 million on July 22.

HERE’S WHAT YOU NEED TO KNOW ABOUT THE VIRUS OUTBREAK:

— Extreme poverty rises; a generation sees a future slip away

— States on hook for billions under Trump’s unemployment plan

— Health officials are quitting or getting fired amid outbreak

HERE’S WHAT ELSE IS HAPPENING:

BEIJING — The number of new community infections reported in China fell to just 13 on Tuesday, while the semi-autonomous city of Hong Kong saw a further decline to 69 new cases.

The mainland also saw 31 new cases brought by Chinese travellers from abroad arriving at eight different provinces and cities. China requires testing and a two-week quarantine of all new arrivals and has barred most foreigners from entering the country.

All new locally transmitted cases were in the northwestern region of Xinjiang, whose main city, Urumqi, has been at the centre of the country’s latest major outbreak.

China has reported a total of 4,634 deaths from COVID-19 among 84,712 cases. Hong Kong has been bringing numbers of new cases down since its latest outbreak last month, partly by mandating mask wearing in public settings and stepping-up social distancing restrictions. The territory has reported 4,148 cases and 55 deaths.

LONDON — P&O Cruises, the U.K.’s largest cruise line, has pushed back the restart of its operations by a month until November.

It said this was due to the British government’s decision to advise people to avoid cruises as a result of the coronavirus pandemic.

Sailings, which had been due to resume on Oct. 15, have been cancelled until Nov. 12.

Two trips with longer itineraries due to begin in January — Aurora’s Caribbean and South America Adventure and Arcadia’s World Cruise — have also been suspended.

The industry faces a particularly uncertain future after many passengers tested positive for the virus in the early days of the pandemic in February and March.

COPENHAGEN, Denmark — Travelers from so-called risk countries will be tested upon arrival in Finland after a large group of people arriving on a plane from North Macedonia over the weekend tested positive for the coronavirus.

Whether they will carry out random sampling “or test everyone who comes across borders, is still unclear” she said.

Mika Salminen of Finland’s National Institute for Health and Welfare said a large part of the world’s countries are considered risk countries.

On Saturday, a plane from Skopje, North Macedonia, with 157 passengers landed in Turku, western Finland, and 24 turned out positive during voluntary tests, authorities said.

Salminen said that “on the whole the situation is relatively calm in Finland.” The Nordic country has seen a total of 7,601 cases and 333 deaths.

ISLAMABAD — Pakistan’s planning minister is warning his countrymen that their “victory” against the coronavirus could be reversed if they stop adhering to social distancing rules.

Asad Umar praised people on Tuesday for co-operating with the government since March, when a nationwide lockdown was enforced amid increasing COVID-19 deaths and infections.

His warning comes a day after Pakistan eased almost all restrictions on businesses. Schools have still not been reopened.

It also comes a day after the incoming president of the United Nations General Assembly, Volkan Bozkir, during a visit to Islamabad praised Pakistan for quickly containing the coronavirus, saying the South Asian nation’s handling of the pandemic is an example for others.

Pakistan reported its first confirmed case in February and witnessed a peak in deaths and infections in June. Since then, it has experienced a steady decline in fatalities.

On Tuesday it reported 15 fatalities from the coronavirus in the past 24 hours, raising its total COVID-19-related fatalities to 6,112.

“We hope that this third clinical trial will be completed in six months. Hopefully we can produce in January, and if production is ready, vaccinate all people in the country,” Widodo said.

On Tuesday, Indonesia announced 1,693 new COVID-19 cases, bringing its confirmed total to 128,776. The National Task Force for COVID-19 Mitigation reported that 59 people died in the last 24 hours, taking the death toll to 5,824.

The Health Ministry said fatalities reached 45,257 on Tuesday after 871 new deaths were recorded.

India has been posting an average of around 50,000 new cases a day since mid-June.

The Indian Council of Medical Research, India’s top medical research body, said about 25 million tests for the virus have been conducted in the country.

Health experts say the country needs to test more people given its high population. A country of 1.4 billion people, India has been conducting a little less than 18,000 tests per million population.

India has the third-highest caseload in the world after the United States and Brazil. It has the fifth-most deaths but its fatality rate of about 2% is far lower than the top two hardest-hit countries.

FRANKFORT, Ky. — Saying “we shouldn’t want our kids to be the canaries in the coal mine,” Kentucky Gov. Andy Beshear urged schools in the state to delay reopening in-person classes until late September to provide more time to curb the spread of the coronavirus.

The Democratic governor said Monday that he wants to get children back in school safely during the pandemic, but acknowledged that the state doesn’t have the virus under control.

“Getting them back (in school) at the height of the pandemic, I think, would be irresponsible,” Beshear told reporters. “So our goal is to ensure that we have our timing right. That we don’t act like some of the states that reopened the fastest and reaped repercussions. And then we shouldn’t want our kids to be the canaries in the coal mine.”

The governor recommended that school districts wait until Sept. 28 to resume in-person classes. Beshear, the father of two children, called it a tough but necessary step as the state comes off an escalation of virus cases in July.

Beshear has aggressively combated the virus with a series of executive actions, including a requirement that most Kentuckians wear masks in public.

Schools across Kentucky shut down in-person learning in March as the coronavirus spread.

Heading into the new academic year, at least 30 Kentucky districts had already announced they would start with virtual instruction only, the Lexington Herald-Leader reported. Other districts were planning to return later in August or early September.

___ ALABAMA — Gov. Kay Ivey is evaluating President Donald Trump’s proposal to offer an additional $400 a week in unemployment payments and has not decided if the state will sign on to the plan, which requires states to pick up a fourth of the cost, a spokeswoman said Monday.

There are many unknowns about Trump’s plan announced over the weekend, including if he has the power to extend benefits by executive order, leaving state officials seeking additional information about how it would work and the affordability of the proposal.

“As we continue working to get Alabamians safely back to work, we are exploring the options we have available to provide the necessary assistance. The governor along with the Department of Labor are closely evaluating the most recent directions now,” Ivey spokeswoman Gina Maiola said in a statement.

Tara Hutchison, a spokeswoman for the the Alabama Department of Labor, said the department is “expecting to receive guidance this week from national authorities to properly interpret the implementation and funding options that are available for states.” 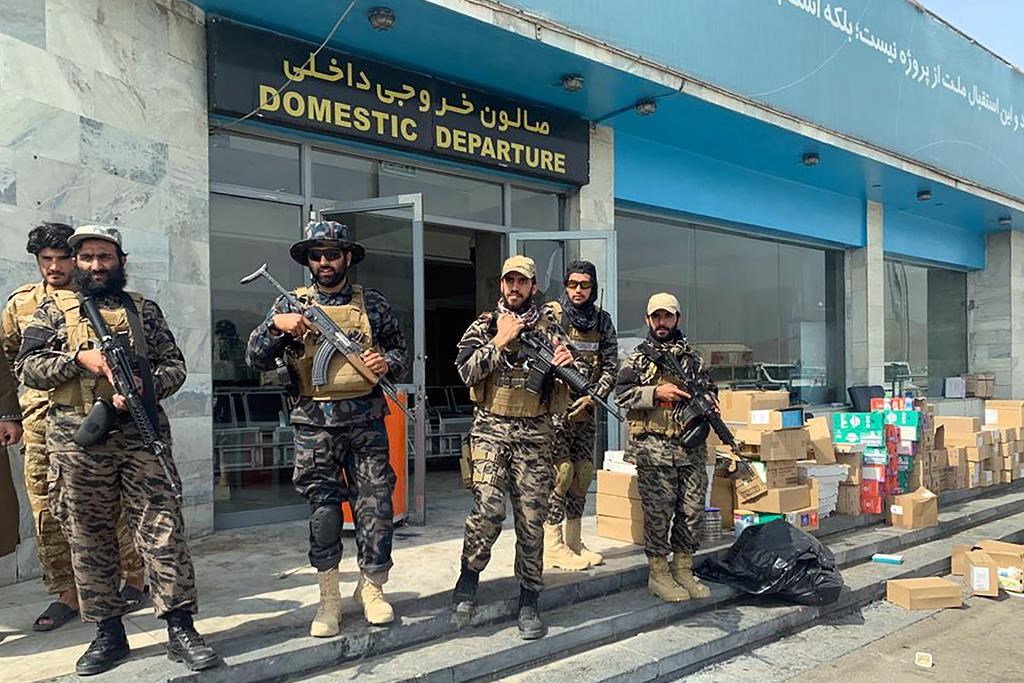 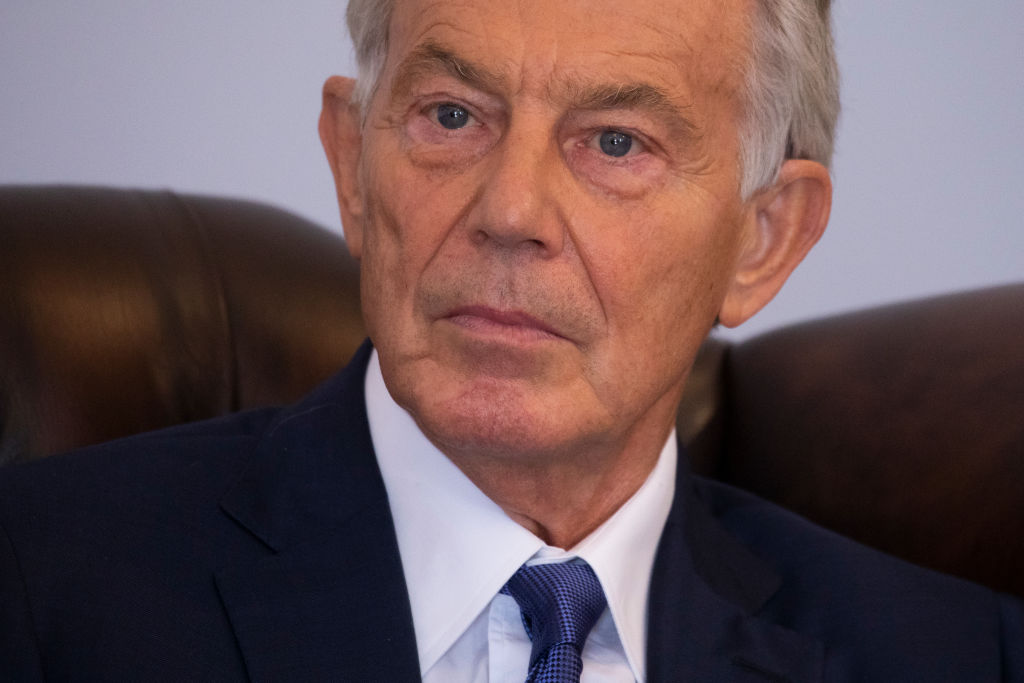 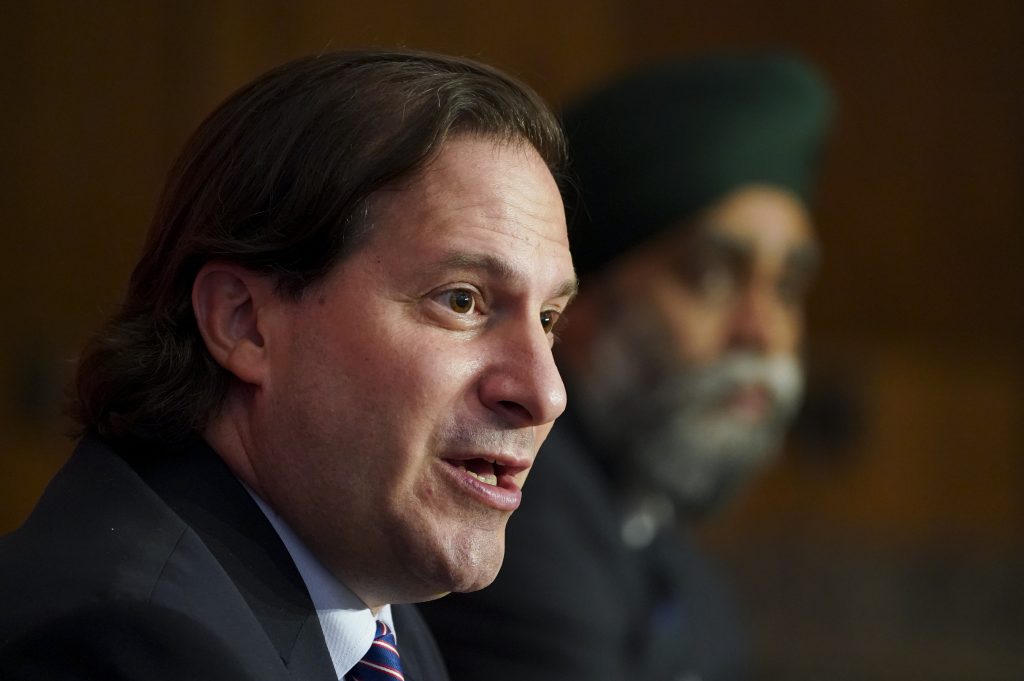 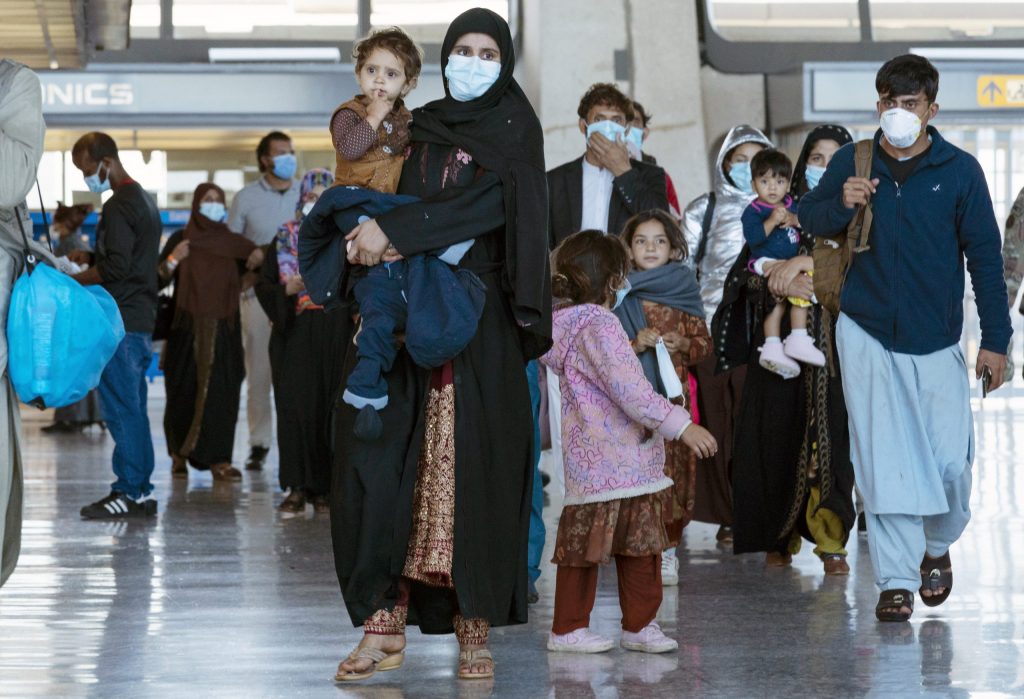 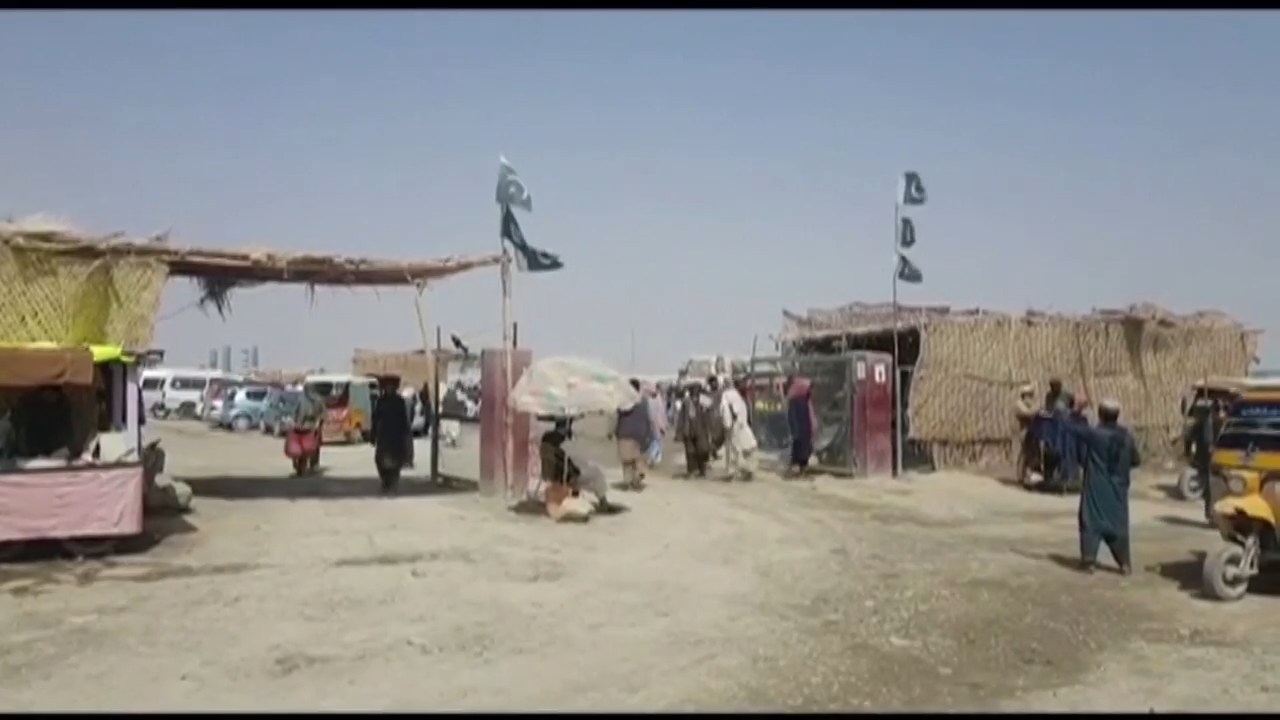