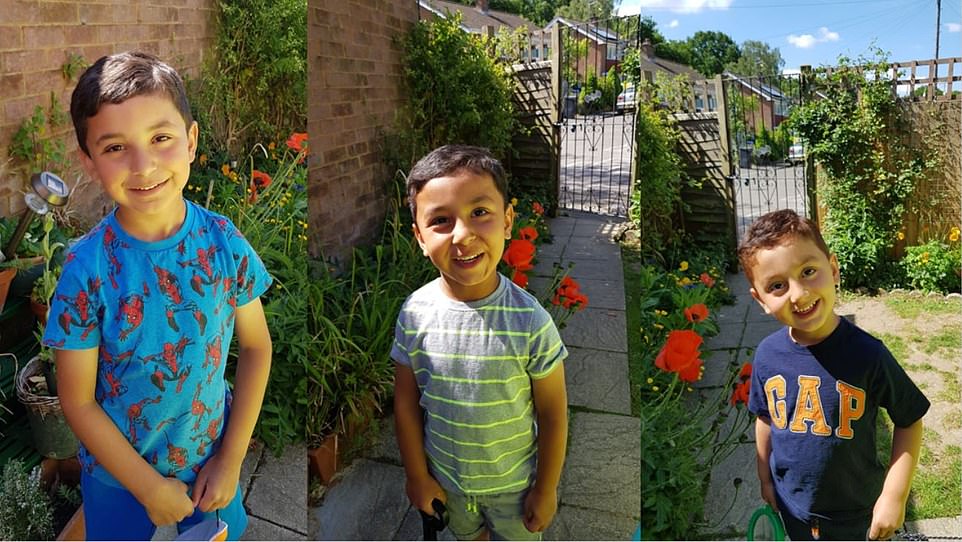 A frantic hunt is underway for three young brothers after they were snatched from their foster mother by their knife-wielding Afghani father who feared they were about to be permanently adopted.

The Metropolitan Police are hunting Imran Safi, 26, and the children, having already arrested eight relatives and associates of the Afghan national over the abduction of the boys.

The children were grabbed as they played in the garden of their foster home in Coulsdon, south London, on Thursday, August 20, with Safi whisking them away in a red Nissan despite the desperate efforts of their foster mother.

They have also failed to explain why it took them seven days to raise the alarm and have admitted the lack of sightings since the abductions means Safi, who has links to Pakistan, may have fled the country with the boys.

All ports have been put on alert and at least 100 police officers have joined the hunt for Bilal Safi, six, and his brothers Mohammed Ebrar, five, and Mohammed Yaseen, three.

Detectives have launched a public appeal for information after ‘exhausting several lines of inquiry’.

The three children had been in social care ‘for some time’ according to police, and the relationship between Safi and their mother is not known.

It is understood that the boys were shortly due to be formally adopted, and detectives believe this could be a motivation for the abduction.

Police have appealed for help tracing a father who abducted his three children from their foster carer at knifepoint. Pictured: Bilal, 6, Ebrar, 5, and Yaseen, 3 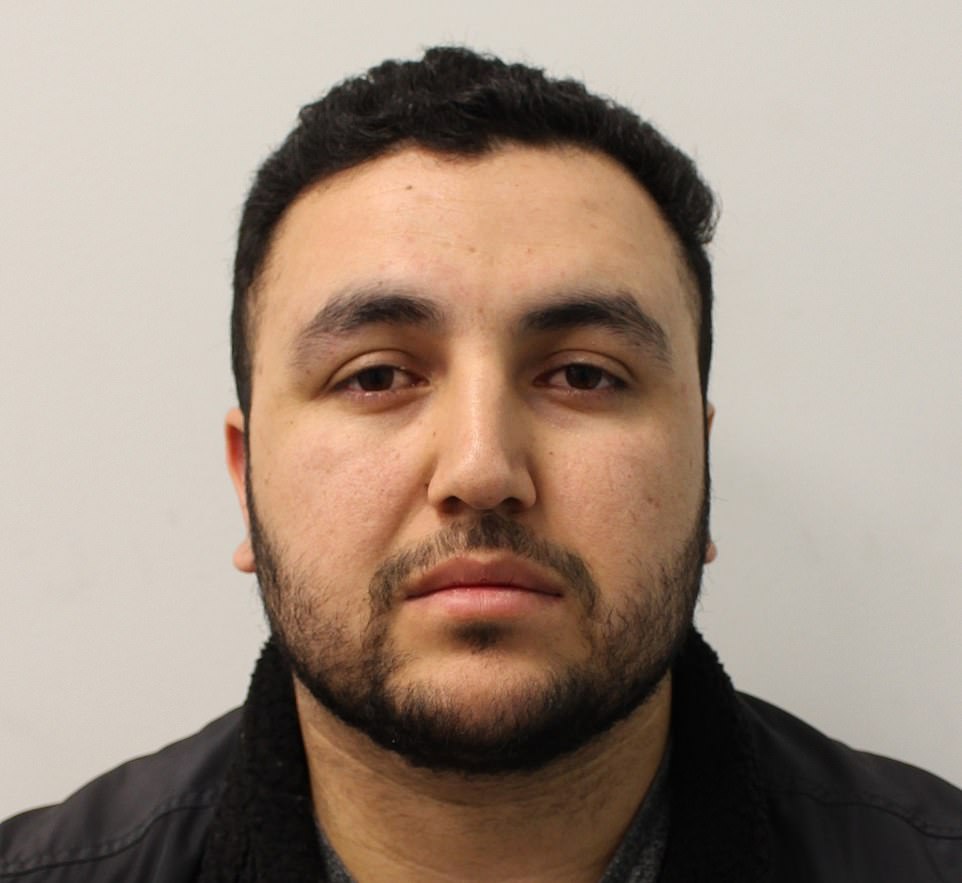 Imran Safi turned up unannounced at his sons’ foster home in Coulsdon, south London , last Thursday where he assaulted their foster mother and threatened her with a knife 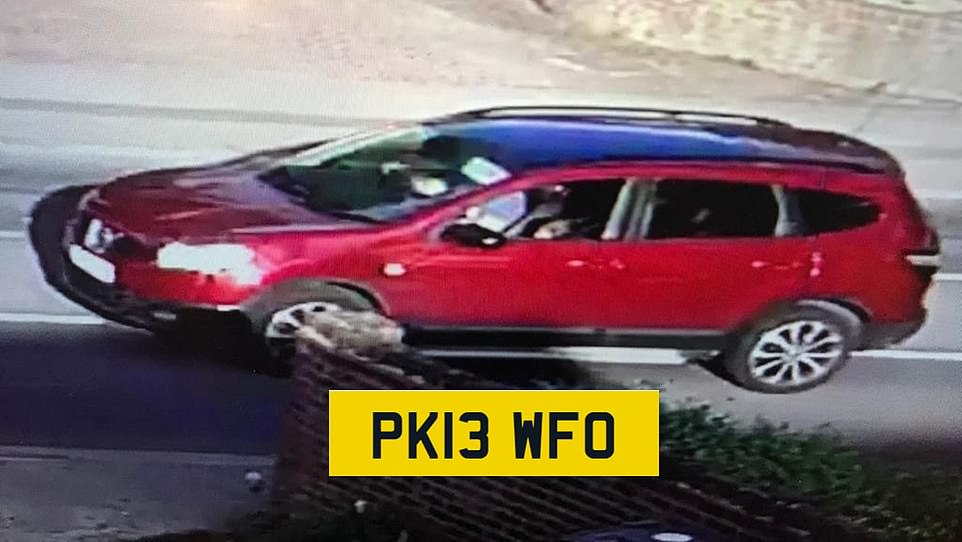 Detectives are now appealing for information regarding the movements of a Nissan Qashqai car throughout the afternoon of Thursday, 20 August in the Croydon area, in particular Coulsdon Road

Scotland Yard said the three children were playing in the garden while their foster carer was inside the house at around 6pm on August 20.

The foster carer heard footsteps nearby and turned around to see Safi, who she said was armed with a knife and threatened her before forcibly taking the children from the address.

She did not suffer any serious physical injuries in the incident but is ‘understandably distressed’, police said.

It is understood that the boys were shortly due to be formally adopted, and detectives believe this could be a motivation for the abduction.

The ‘all ports alert’ was issued shortly after the children were taken, meaning Safi’s image and details were circulated to all ports and borders around the UK.

It is not yet known if Safi, who is an Afghani national and has links to Pakistan, has travelled overseas.

The boys’ father was not said to have access to their passports, but, due to a lack of sightings since their disappearance, police believe it is possible they are now abroad.

Detectives are working with national and international agencies to identify any travel to a foreign country and an all-ports alert was issued shortly after they were taken.

Safi is an Afghani national with indefinite leave to remain.

Detectives are appealing for information regarding the movements of a vehicle throughout the afternoon of Thursday, August 20, in the Croydon area.

The vehicle is a red Nissan Qashqai, registration PK13 WFO.

‘On the afternoon of Thursday, the 20th of August, Imran Safi attended the foster Mothers home but he should not have been, and attacked her,’ said Commander Savell.

‘Thankfully she only has minor injuries but she is very shaken. He used a knife, and he took the three boys and has in effect disappeared.

‘The foster mother was able to raise the alarm, and since then there has been an enormous amount of resources involved in trying to find Imran and the three boys

‘Our priority is to get the three boys back into social care.’

He added that while there was no immediate threat of harm to the boys, they were concerned about the longer term well-being.

There are also concerns that Safi has been able to take the boys out of the country, although it is not believed that he had their passports. 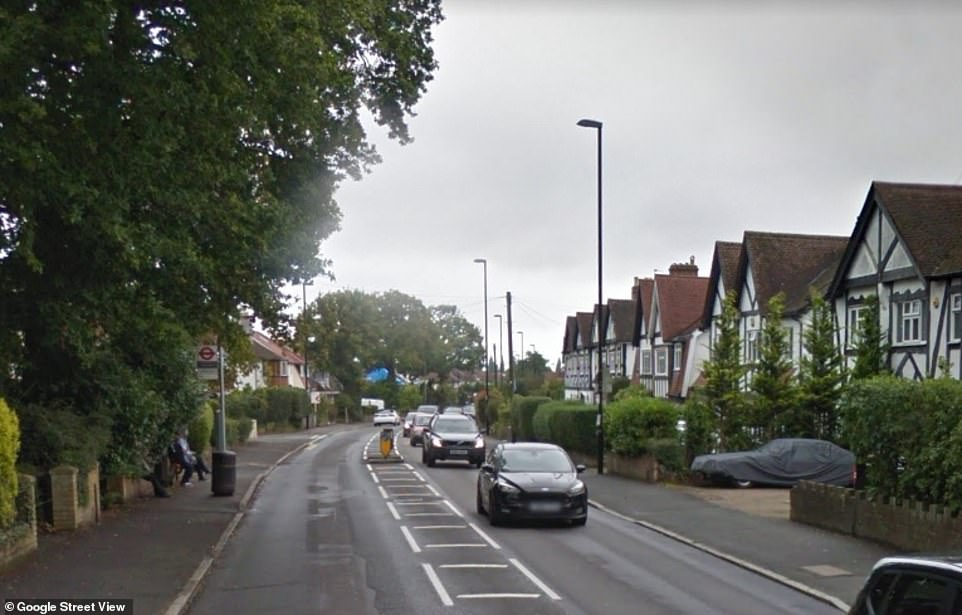 The three children had been in social care at the home on Coulsdon Road in Coulsdon, south London ‘for some time’ according to police, and the relationship between Safi, an Afghan national, and their mother is not known

Met Police have since arrested eight people on suspicion of involvement in the abduction of the three boys. All have been bailed to a later date.

Three men – two aged 20 and one aged 17 – were arrested in Croydon on Sunday, 23 August. A 33-year-old man was also arrested in the area on Tuesday.

They are all members of Safi’s family or associates.

Chief Superintendent Dave Stringer added: ‘This will be an event that will cause great shock and upset within the local community. Obviously very unusual and very shocking incident.

‘We do have reason to believe that there are people in the local area who may have seen activity around the premises.

‘These photos show they were happy, they were settled and they should’ve been returning to school imminently.’

Anyone with a dash-cam who may have noticed passing a vehicle of this description in the timeframe outlined is asked to check their footage for sightings.

Similarly, anyone who may have seen a vehicle matching this description driving in an unusual manner in the local area should get in contact with officers who are working hard to trace the vehicle’s movements.

Commander Jon Savell, said: ‘Our absolute priority at this moment in time is the welfare of these three children. They have been taken from a place of safety and we are growing increasingly concerned about their wellbeing, particularly as we remain in the midst of a global health crisis.

‘While we do not believe at this time there is any immediate risk to their physical safety, their location, access to accommodation, healthcare, and other provisions is entirely unknown. We are concerned about the longer term impact of this on all three children.

‘An intense investigation into how this abduction was planned and carried out is being led by detectives in south London, alongside a manhunt being led by specialist detectives within the Met. More than 100 officers are currently working to locate and bring these children home safely. We are, as anyone would expect, working incredibly closely with our law enforcement partners and international colleagues to explore all lines of inquiry.

‘This type of investigation is incredibly complex and fast-moving, and for good reason we often don’t speak openly about such cases. That is why, until this stage, we have not sought the public’s help. But we are now urging anyone who may have any information which could assist us to come forward.’

Chief Superintendent Dave Stringer, Commander of the South Area Basic Command Unit, said: ‘The abduction of these children will understandably send be a shock to our communities. This incident involved the use of a weapon and violence and we are incredibly concerned for these three young, vulnerable children who are now being hidden by an individual who may be armed with a knife.

‘The investigation into how this incident occurred is progressing at pace – and we have already arrested eight people on suspicion of being involved in this abduction. We know there are people with detailed knowledge of the whereabouts of these children, and we fully appreciate there may be very good reasons for those individuals not wanting to come forward. But right now I would strongly urge them to do the right thing and assist us in locating them.’

Any member of the public who may see Imran Safi should avoid approaching him but call police immediately on 999 quoting the same crime reference number.

Anyone who may have information regarding the red vehicle or who believes they have seen Imran Safi and his children since Thursday, 20 August is asked to contact police immediately through the investigation control room on 07942599374 – this number is operational 24 hours a day seven days a week.

Anyone wanting to provide information anonymously can do so by calling Crimestoppers on 0800 555 111 quoting crime reference number 6143/20AUG20. 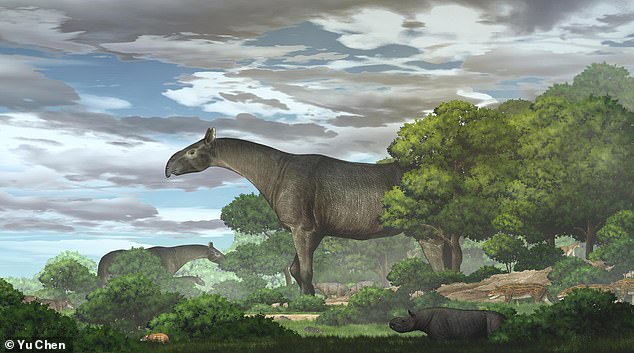 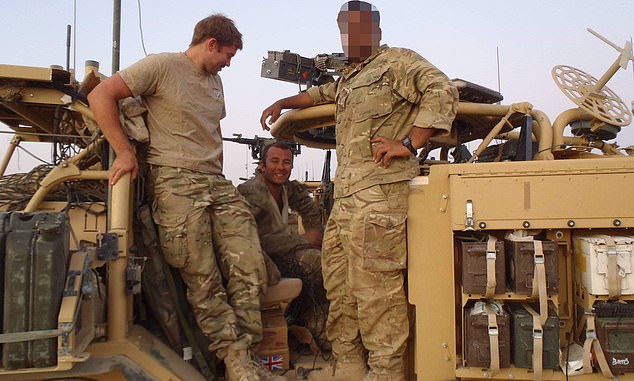 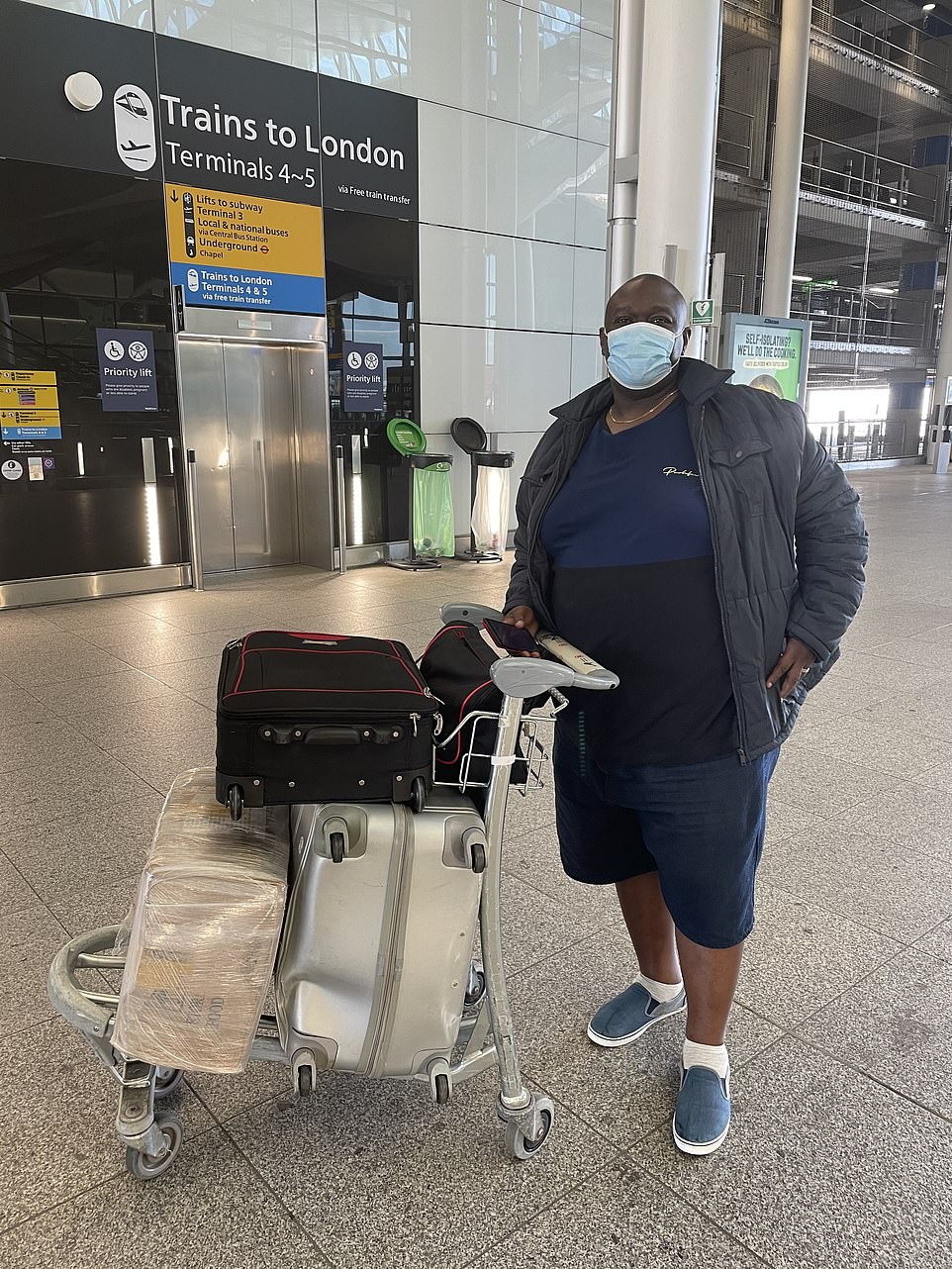 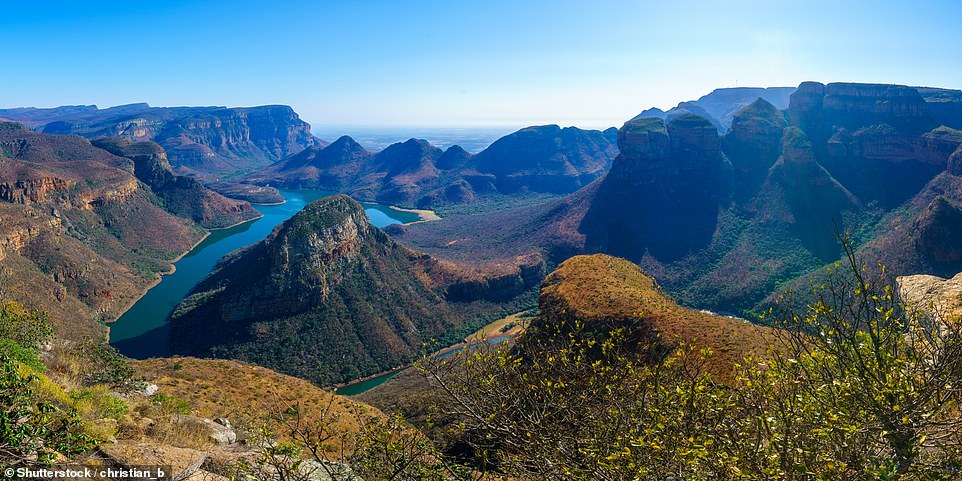 [Daily Mail]Hello, gorge-ous! The world’s most jaw-dropping canyons, from Arizona to Australia via France 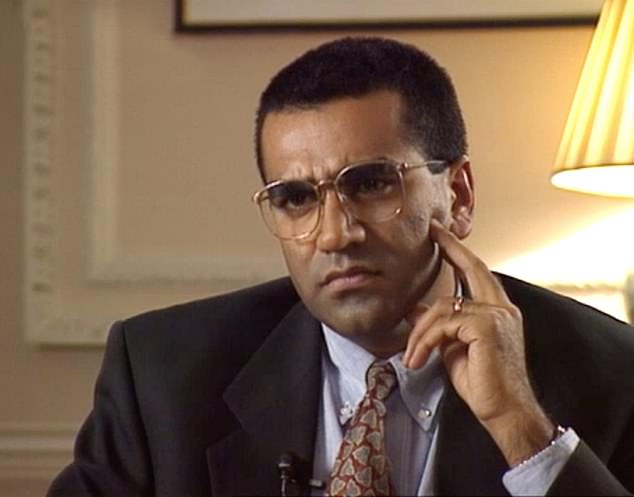