Global efforts to eradicate naturally-occurring “wild” poliovirus provide grounds for optimism. They have been successful so far. Only two countries in the world have yet to stop the spread of the disease — Afghanistan and Pakistan.

Nigeria was the third in that ominous group until August 2019 when it crossed a threshold and became the last country in the World Health Organization’s African Region to stop the spread of wild poliovirus. The country recorded no new cases for three years.

Despite the eradication of wild poliovirus, the African continent is still at risk from vaccine-derived polio

The risk of reintroducing a disease

The last region left with wild poliovirus is the Eastern Mediterranean Region, which includes Afghanistan and Pakistan. And therein lies an ongoing global risk, because diseases can be reintroduced to countries even after they have been declared free of them. That can happen through everyday phenomena like global travel. With polio, it has happened before.

Read more: What’s the science on DNA and RNA vaccines?

“There is a risk as long as polio is occurring anywhere in the world. It could travel in humans to other sites and be transmitted at those sites,” says David Heymann, a professor of Infectious Disease Epidemiology at the London School of Hygiene and Tropical Medicine and a leading expert on polio eradication.

Between 2003 and 2005, a form of wild poliovirus that was genetically linked to endemic poliovirus in northern Nigeria was reintroduced into polio-free countries in Africa, the Middle East, and Asia.

Heymann has written that many of the affected countries had neglected their routine polio vaccination programs after they attained polio-free status, and campaigns to vaccinate children door-to-door were “stopped because of a lack of national and international resources.”

As a result, there was no protective barrier to transmission, and polio reemerged in 18 polio-free countries.

“But it’s impossible to quantify the risk. What we need to focus on is making sure Afghanistan and Pakistan eliminate polio, so that the world can remain polio-free,” Heymann told DW.

Disease eradication is a tough business. Only two diseases have ever been eradicated: smallpox and rinderpest.

The eradication of smallpox is often cited as one of the greatest achievements of modern medicine and public health campaigns. After centuries of plaguing humanity, smallpox was wiped out over a relatively short span of 13 years.

But what is also notable is how smallpox was monitored after the world was declared free of it in 1980. In an article for the WHO Bulletin, Heymann once wrote that cases of suspected smallpox continued to be reported up to 25 years later.

So, when it comes to the eradication of wild poliovirus, countries will have to continue their vaccination programs to prevent any imports of the disease. They will also need to keep surveillance systems going to monitor and maintain their polio-free status.

How does vaccine-derived poliovirus come about?

In countries with ongoing polio vaccination programs, but where sanitation is poor, a mutated version of the disease can spread through the community.

A child shows his finger being marked after receiving the polio vaccine in Pakistan, one of two countries where the disease remains endemic

Vaccine-derived poliovirus is a mutation that develops from vaccines that use a live but “attenuated” — or weakened version — of wild poliovirus.

Live attenuated vaccines produce the desired immune response in people without exposing them to the full virus. The immune response produces antibodies, which then provide long-term protection.

However, residue from the vaccine, including that weak, though “live” virus, is passed from the body and into sanitation systems. If the “vaccine-virus” lives on, instead of dying out as it should, it can circulate and infect people who have yet to be vaccinated.

Polio can paralyze a patient, but it is also possible to survive, as did Abdullahi Rilwani, a UNICEF activist

Heymann says the problem was unforeseen when the global program for polio eradication started. But it poses an ongoing challenge.

“It happened because people continued to use the oral polio vaccine, that is the living polio vaccine,” says Heymann. “So, there are attempts now to get rid of vaccine-derived polio, and efforts to switch to an inactivated polio vaccine, which does not have the same risk because it’s made from a ‘killed’ virus.”

If the ARCC declares Africa free of wild poliovirus in August (it has yet to announce its final decision), Africa will still have vaccine-derived poliovirus, says Heymann — and that will have to be eliminated before the world can be declared fully free of all forms of poliovirus.

So, while it is good news that Africa is free of wild poliovirus, the fight against polio is far from over. Countries in Africa and elsewhere still have to deal with vaccine-derived poliovirus and transition to less risky forms of vaccination.

There is an official list of diseases that are earmarked as possible candidates for eradication — and that list is surprisingly short.

Beyond polio, the list includes guinea-worm disease (also known as Dracunculiasis), a crippling parasitic disease, and Yaws, a skin, bone, and cartilage infection.

“There’s been eradication of smallpox, rinderpest, and possibly polio, and meanwhile 300 new emerging diseases have come to afflict society since 1976,” says Frank Snowden, a professor of the history of medicine at Yale University and the author of an authoritative book called Epidemics and Society.

“I see no comfort in that proportion,” says Snowden, “to the idea that we’re putting these diseases behind us.”

Candidates for eradication have to meet certain criteria: First, the disease has to be infectious, meaning that it’s passed from animals to humans, or humans to humans. And humans have to be its major host.

Non-infectious diseases, such as heart disease or cancer, cannot be eradicated. At best, we can undertake measures to mitigate or manage their effects.

Second, there have to be effective vaccines or treatments for a disease to be eradicated — and perhaps most important — political and financial support.

“Smallpox was the ideal [candidate],” says Snowden. “It doesn’t occur in populations other than humans, so once you’ve eradicated it, it can never come back. And it was very possible to know who had it, and contact tracing was, in some senses, easy… It was a difficult process to go and locate people, but if you found them, you knew who they were, because it caused this tremendous disfiguration, and that’s not true of most diseases.”

Smallpox was a prime candidate for eradication

So, what if a disease can’t be eradicated?

Disease eradication is harder to achieve if the immunity you get after an infection or vaccination only lasts for a few years. And some diseases simply cannot be eradicated — as far as the science stands today. Those diseases are targeted for what is called “elimination” or “control.”

The WHO is reviewing its criteria for disease eradication, elimination, and control. But at the time of writing, elimination is defined as the “reduction to zero of the incidence of a specified disease in a defined geographical area as a result of deliberate efforts.”

Candidates for elimination include mother-to-child transmission of HIV, malaria and epidemic cholera.

Meanwhile, disease control refers to the “reduction of disease incidence, prevalence, morbidity, or mortality to a locally acceptable level as a result of deliberate efforts.” One target in this category is hepatitis B.

Disease and its discontents

Snowden says we — societies and our respective eras, the times in which we live — are, in some ways, the authors of our own diseases. Our attitudes and policies toward dealing with disease affect our success in preventing the spread of disease.

Look at the history of tuberculosis (TB), for instance, and you will see that its spread was almost enabled by an idea in the 1800s that it was a disease of the elites and creatives. When it appeared to decline in the early 20th Century, some even mourned the disease’s passing. That idea persisted until it was discovered that tuberculosis was in fact an infectious disease and that it was affecting the poor more than the rich, changing TB from a disease that was idealized to one that was stigmatized.

Tuberculosis patients, wearing masks to stop the spread of the disease, stand outside a hospital in Angola

Once that had happened, people with TB, or those who were at risk of contracting it, were seen as dangerous. They were contained and isolated from the rest of society in what Snowden calls “draconian anti-plague measures.”

We’re still using those containment measures — whether you consider them draconian or not — in the COVID-19 pandemic.

“The advance of science should have meant we wouldn’t have to rely on measures invented by the Florentines of the 15th Century — that it is possible to imagine our society to be so much more prepared to handle these pandemic threats than it’s proved to be in this [ongoing] case,” says Snowden.

Diseases like COVID-19 and Ebola are caused by “spill-over” from animals to humans. We know that, Snowden says, “So, we shouldn’t just think of public health in terms of emergency response. That is one of the problems we have, where we seem to be addicted to short-term thinking. Whereas, in fact, dealing with the environmental causes of many diseases is much more effective than responding with containment and quarantine.”

Is managing disease better than eradication?

Health benefits aside, disease eradication is an expensive business. Heymann says polio eradication has cost more than $21 billion (€18.4 billion) so far, and we’re not done yet. There’s no question that it’s money well-spent, he says, but asks whether we could have achieved other goals if that money had been used to clean up sanitation systems around the world.

“We need to think differently about disease control,” Heymann says. “Strengthening prevention in all countries is certainly much more valuable than fire-fighting when an outbreak occurs.”

That includes making sure that health systems can accommodate disease outbreaks, he says, as well as preventing them where possible.

This article has been updated since its original publication on July 20, 2020. It now reflects a decision by the Africa Regional Certification Commission (ARCC) to declare the WHO African Region free of wild poliovirus (announced August 25, 2020). 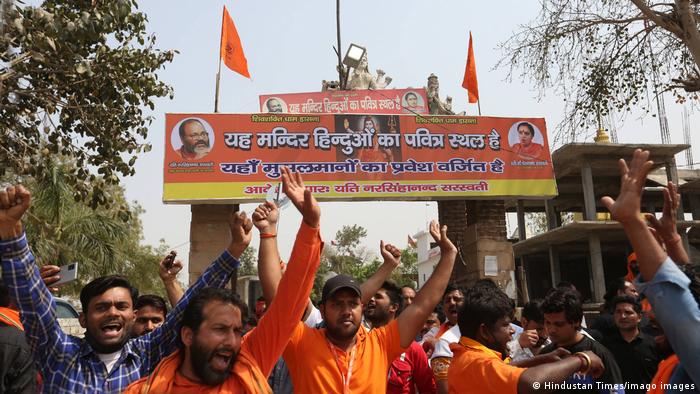 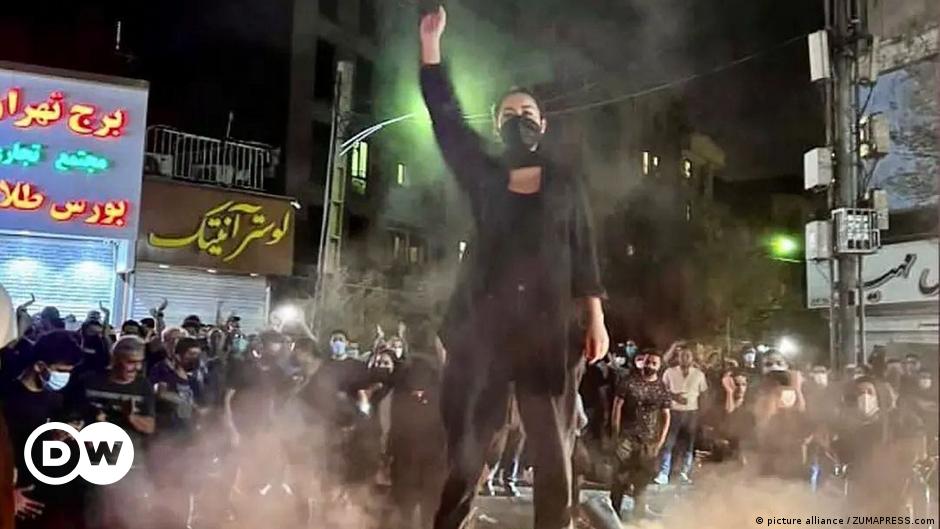 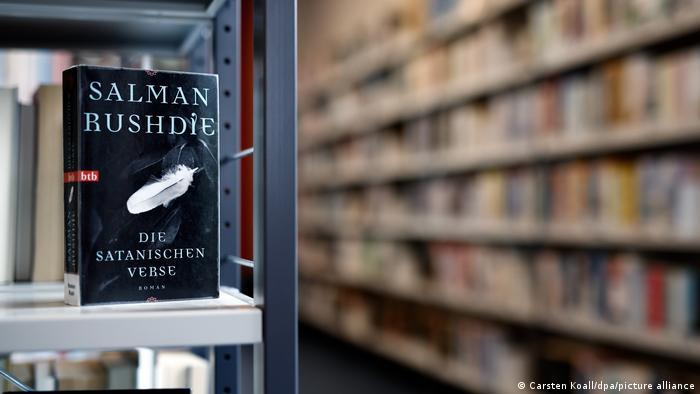