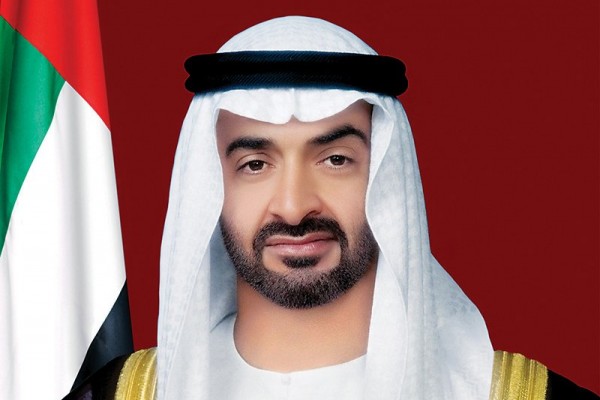 Monday, Special Olympics announced the next phase of global expansion of Special Olympics Unified Champion Schools, UCS, one of the largest initiatives for inclusion in education for young people with and without intellectual disabilities, through the support of His Highness Sheikh Mohamed bin Zayed Al Nahyan, Crown Prince of Abu Dhabi and Deputy Supreme Commander of the United Arab Emirates Armed Forces.

Building on over a decade of success of UCS in the United States and growing impact in more than fifty other countries around the world, His Highness Sheikh Mohamed bin Zayed Al Nahyan has committed $25 million on behalf of the people of the UAE in order to bring this initiative to six countries Argentina, Egypt, India, Pakistan, Romania and Rwanda. Special Olympics will lead the growth of UCS in these countries, empowering young leaders to create lasting social change through inclusion in education for people with and without intellectual disabilities.

“The Special Olympics movement is being led by young leaders with and without intellectual disabilities who are emerging as the world’s greatest teachers of empathy, dignity, courage, and inclusion. As we search for a more just and joyful future, we are trusting our hopes to young inclusive leaders who see beyond division and fear and show us how to heal and unite,” said Dr. Timothy Shriver, Chairman of Special Olympics.

”I am deeply grateful that His Highness Sheikh Mohamed bin Zayed Al Nahyan has made an extraordinary commitment to our athletes and their Unified partners in Special Olympics Unified Champion Schools. His vision and generosity will empower young people around the world to break down barriers caused by injustice and intolerance, end discrimination against people with intellectual disabilities, and establish inclusive cultures where every human being is respected, valued and welcomed,” Dr. Shriver added.

Young People with intellectual disabilities are among those most underserved by education systems globally. Of the 65 million primary school-age children who are out of school around the world, nearly half have disabilities. Even of those students that do achieve access, some estimate that less than 5 percent of children with disabilities complete school.

In addition to His Highness Sheikh Mohamed bin Zayed Al Nahyan’s gift, the UAE has committed to bringing UCS programming to all of the country’s public schools in the coming years, making the UAE the world’s only country to make such a commitment at the national level. The accelerated growth of this grassroots initiative within the UAE and around the world will further establish the legacy of the Special Olympics World Games Abu Dhabi 2019, the first Special Olympics World Games hosted in the Middle East and North Africa region, and have a lasting, positive impact on UAE society.

“The UAE and Special Olympics have a shared vision of a world without discrimination against people of determination. Hosting the World Games in Abu Dhabi last year reinforced our commitment to build a society where people of all cultures and abilities are welcomed and celebrated. The advancement of the Special Olympics Unified Champion Schools initiative will root the values of tolerance and inclusion in educational systems around the world,” said Yousef Al Otaiba, Ambassador of the UAE to the US.

The UCS programme promotes meaningful social inclusion in schools Pre-K through university by bringing together young people with and without intellectual disabilities to lead in the creation of accepting school environments, utilizing three interconnected components: Special Olympics Unified Sports, inclusive youth leadership, and whole-school engagement. In the U.S., the UCS programme is generously supported by the Office of Special Education Programmes at the U.S. Department of Education. Through their support, UCS programming can be found in 49 states, the District of Columbia and the Commonwealth of Puerto Rico, reaching over 285,000 students in more than 7,600 schools. Outside the U.S., the UCS programme is growing around the world through support from the Stavros Niarchos Foundation and many other global and local partners.

In March 2019, 7,500 athletes from more than 190 countries and territories competed across 24 Olympic-style sports at the Special Olympics World Games in Abu Dhabi, which attracted more than 20,000 volunteers and an estimated half a million spectators. It was the largest humanitarian and sporting event of 2019 and the first Special Olympics World Games ever held in the Middle East and North Africa.

Hosting the World Games exemplified the UAE’s inclusive, open-minded outlook, a value in which the UAE’s founder, the late Sheikh Zayed bin Sultan Al Nahyan, practiced, promoted and believed, and has become a model for peaceful coexistence and greater stability in the Middle East region.