For England in particular, this series has been all about building for the future, broadening their selection base ahead of next year’s postponed T20 World Cup, and ramping up the competition for places that was such an integral aspect of their rise to become last summer’s 50-over champions.

But if it has been hard to give the rookies in the current set-up the full bells-and-whistles “Big Match” experience, given the echoing stands at Emirates Old Trafford and that unavoidable vibe of glorified training session, then the timing of today’s squad announcement will serve to heighten the jeopardy as Eoin Morgan’s men prepare for Tuesday’s series decider against Pakistan.

The impending return of Jos Buttler, Jofra Archer, Mark Wood and, fitness pending, Jason Roy, for the upcoming series against Australia means that this final contest of the Pakistan tour could also be the final appearance of the year for many of England’s fringe candidates, some of whom have advanced their cases for long-term inclusion rather better than others.

On the batting front, in particular, two players have stood tall and confirmed their intentions to go toe-to-toe with their more vaunted rivals. After taking a few matches to find his feet at this level, Tom Banton announced himself in unambiguous terms during Thursday’s first-match washout, transcending the conditions and his team-mates in a 42-ball 71 that was all the more impressive given England’s stodgy start in tricky batting conditions.

And while Banton’s follow-up effort of 20 from 16 balls in the second game wasn’t quite in the same league, it did at least contain the most eye-popping stroke of his career to date, a preposterous switch-slap for six over backward point off Imad Wasim. It showed he is beginning to buy into Morgan’s stated team ethic of backing oneself and one’s ability, and letting the doubts slide into the ether. It’s safe to presume he’s here for the long term, even if, as Graham Thorpe hinted last week, he may yet have to wait for more regular opportunities.

But what then of Dawid Malan, England’s eternal T20I understudy? His performance on Saturday was a microcosm of his T20I career to date – a match-winning 54 not out from 36 balls, which mirrored his career average of 54.60 and strike rate of 150.00, and lived up to Morgan’s pre-series acknowledgement that, time and again, he seizes his rare opportunities in the first XI and presses his case for a permanent berth. And if Morgan has been critical of Malan’s attitude in the past, most notably his curious highlighting of a non-run off the final ball of his century in New Zealand, then the man himself seemed to go out of his way to address that on Saturday with a conspicuously low-key acknowledgement of his fifty.

All the same, it is surely Malan and Sam Billings, a star in the ODIs against Ireland last month but once again a fringe performer in this series, who have the most at stake in this final outing – certainly among England’s batsmen. Jonny Bairstow, ballistic from the get-go on Saturday, is set to slip to No. 3 when Roy is fit again and may yet fill that role if Banton opens with Buttler against Australia, and with Morgan embracing his floating role in the middle order, it means that specialist batting berths are at a premium – even before we get onto the curious cases of Joe Root and the still-absent Ben Stokes.

As Michael Vaughan put it during the BBC’s return to terrestrial broadcasting on Saturday, England used to have about six men who could be considered automatic picks for their white-ball teams. These days, it’s more like 20-25. Disappointment is an inevitable by-product of such unprecedented riches.

England’s seam bowling too will have received something of a hurry-up from the inclusions of Wood and Archer, the latter for the first time in white-ball cricket since the World Cup final last summer. While there is promise galore in England’s current bowling stocks, not least in Saqib Mahmood, who is surely a star in the making, there was little about their bowling effort on Saturday that inspired much confidence for the here and now. Chris Jordan and Tom Curran both struggled to hit their lengths while Babar Azam and Mohammad Hafeez were cutting loose, and if David Willey feels he’s worthy of another chance in this final outing, he’s likely to feel equally miffed at his exclusion from both Australia squads.

As for Pakistan, they will doubtless rue their missed opportunity in the rained-off opening game, in which – Banton’s onslaught aside – they dominated with the ball, particularly through their spinners. They had plenty of reasons to believe during the second match as well, at least until Bairstow opened his shoulders from the outset of England’s reply, and if their conservative team selection has raised eyebrows, then at least the incumbents have shown the value of their experience, in particular the ageless Mohammad Hafeez.

All the same, youth and regeneration is what Pakistan cricket is famed for, even at the most straitened times in their recent history, and the teenager Haider Ali is waiting in the wings for his chance to seize the stage. Tuesday would be as good a time as any to do so, where a share of the series would be a worthy reward for Pakistan’s efforts in this most curious of summers. They aren’t far away from being a mighty fine side in all formats, but at some stage they’ll need the results to start coming again.

What is to be done with Moeen Ali? He’s been out of sorts before, and generally come storming back with a sweetly timed mow for six to trigger another torrent of runs. But his slumps in form at England level have rarely been as long and lasting as this current one. Despite a lengthy break from action after the World Cup last summer – during which he lost his starting berth – he’s simply not yet found his mojo with bat or ball alike. Four innings this summer, including the ODIs against Ireland, have yielded 10 runs from 17 balls; and he’s yet to claim a single wicket in 26 overs. At the age of 33, time is not on his side either.

It’s not for nothing that Babar Azam is currently ranked as the No. 1 T20I batsman in the world. Pakistan’s captain, opener and general envoy of all things optimistic produced another sweetly timed declaration of his pedigree in the second match, as he caressed the first ball of the match through midwicket for four off Mahmood, and added six further boundaries in his 44-ball 56. But you once again got the sense that he had left a few runs unaccounted for in that performance. Had he and Hafeez been in harness for the remaining seven overs, England would surely have been hunting down something way in excess of 200. And that’s been the tale of his summer all told, with a glut of cameos in the Tests as well but a highest score of 69 on the tour to date. He has got one last chance to put on a show to remember.

There’ll be time enough for changes when the Australia series begins, so it’s hard to see England tinkering excessively with the side that secured a solid victory in Sunday’s second outing. Moeen is likely to be given another chance to find his form, while Lewis Gregory, England’s most economical bowler in a high-scoring contest, hasn’t yet had a chance to display the death-hitting skills for which he has truly been selected. Willey is itching for a chance after his command performances against Ireland and is the obvious candidate for inclusion, perhaps at the expense of Chris Jordan, about whom England already know plenty.

Pakistan are likely to be without Mohammad Amir, who reported soreness in his hamstring during Sunday’s game. The veteran Wahab Riaz is the like-for-like left-arm option on the bench. Despite some criticism of their old-boy-orientated team selection, Hafeez in particular justified his retention at the age of 39 with a power-packed half-century. The rookie Haider – half of Hafeez’s age – may get his first outing of the series, probably at the expense of Shoaib Malik.

A cloudy but broadly dry evening is in store for the third and final instalment of this Manchester trilogy. The batting conditions for the opening fixture were slow and tacky as England struggled to make consistent headway, but the same strip had turned into a belter two days later once the sun had dried it out.

“Before I became captain I didn’t feel that comfortable jumping up and down the order. But now it’s my decision I feel more at ease, say, slipping down to No. 6 and having Jos Buttler ahead of me than I would have beforehand.”
Eoin Morgan believes he’s batting better than ever after his match-winning performance in the second T20I

“The total was good but we didn’t go well in the bowling, credit to Malan and Morgan the way they played. We’ll learn a lot, talking to the bowlers under pressure and I will try to learn from this.”
Babar Azam reflects on Pakistan’s shortcomings in the second T20I 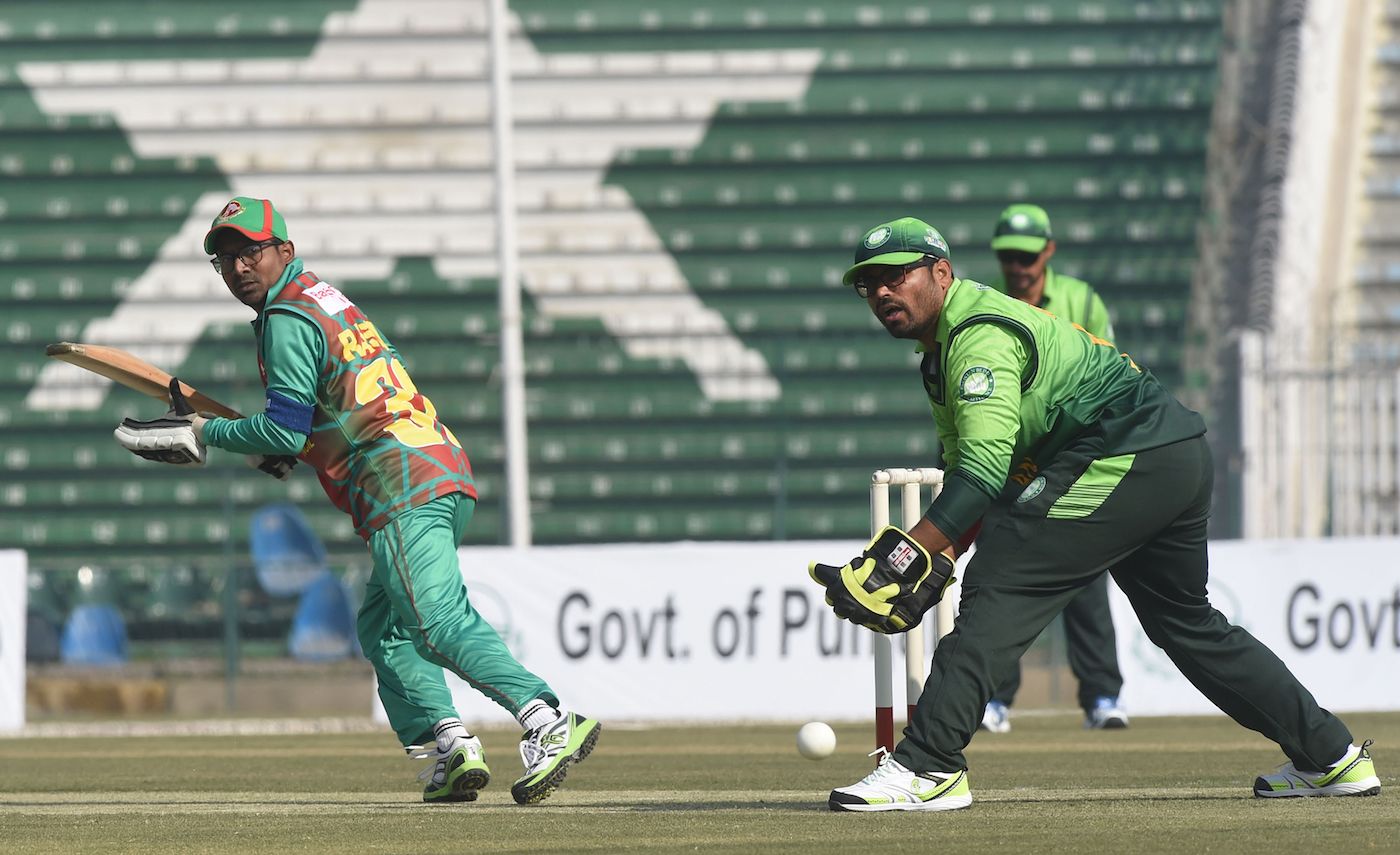 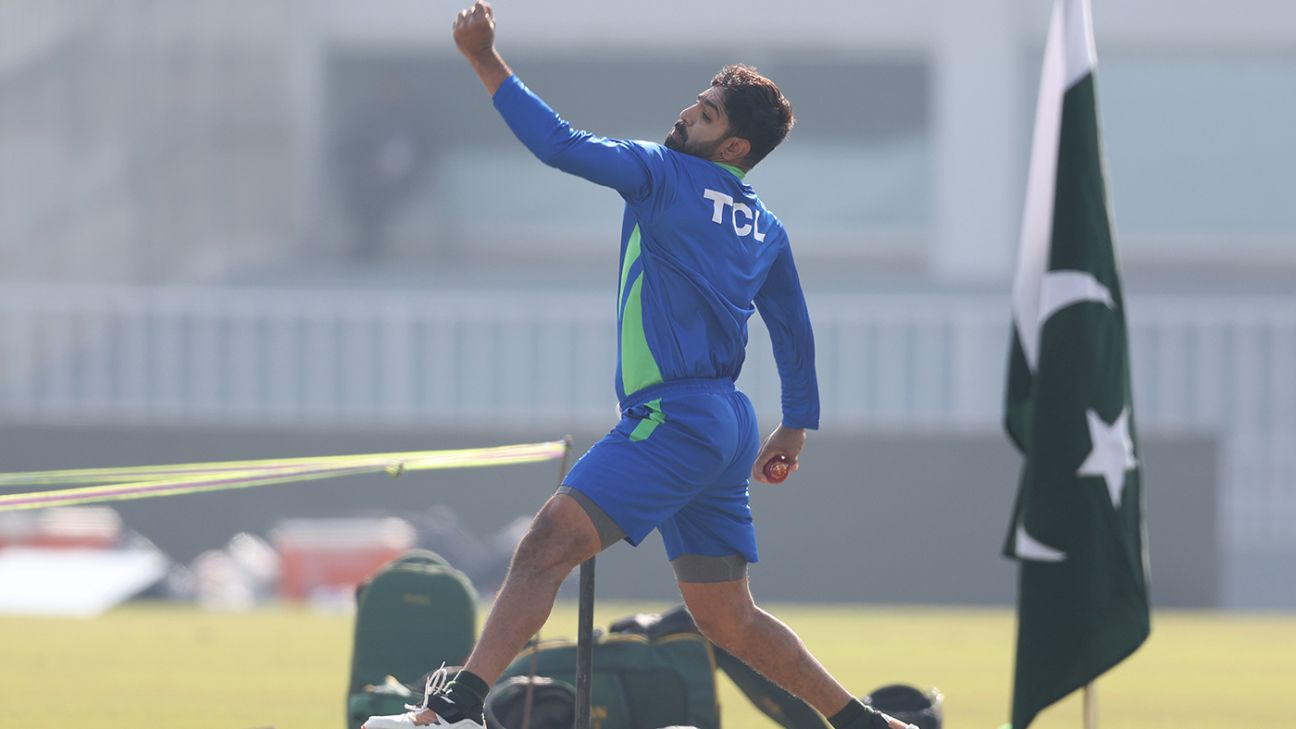 [espncricinfo]Haris Rauf ruled out of Multan Test against England