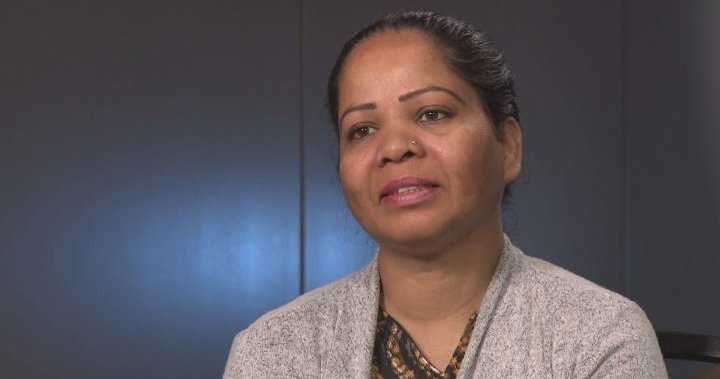 [Global News]‘I am in my home with my kids’: Asia Bibi speaks out about her new life in Canada

[Global News]‘I am in my home with my kids’: Asia Bibi speaks out about her new life in Canada

After nearly 10 years in a Pakistani prison, Asia Bibi says she’s enjoying a quiet life with her family in Canada.

The Christian farm worker brought international attention to Pakistan’s controversial blasphemy laws after she was convicted of insulting the prophet Mohammed and sentenced to death in 2009.

Pakistan’s supreme court overturned her conviction in 2018 and in early 2019, Bibi was granted asylum with her family in Canada.

“I am feeling really good here because I am in my home and with my kids,” Bibi said in Urdu during her first interview with Canadian media since moving. Global News has agreed to keep her location secret as she believes there are still many people who wish to see her dead.

“When people are watching or listening to media, then you become vulnerable. You need to secure yourself and need safety.”

Bibi’s two youngest daughters, Esham and Esha Masih were just eight and nine years old when their mother was arrested in June of 2009.

“I cannot forget how my daughters were shouting, crying and their fear.”

Bibi’s arrest followed an argument with some of her Muslim co-workers.  She was eventually convicted of blasphemy after the women alleged Bibi made derogatory comments about Islam which, under Pakistan’s blasphemy laws, carry a punishment of death.

1:42
A brief history of Pakistan’s blasphemy laws as it faces new wave of criticism

In November 2010, Asia Bibi became the first Pakistani woman to receive this fate.

Amnesty International has called for the laws to be repealed.  In a 2016 report, the international human rights organization said, “the accused are often presumed to be guilty, on the basis of little or no evidence.”

There are those within Pakistan’s government who have pushed to change the laws. In 2011, Salman Taseer, the governor of Pakistan’s Punjab province was murdered after seeking a presidential pardon for Bibi.

Two months later, Shabaz Bhatti, a Christian cabinet minister who had been advocating for changes to the laws, was shot and killed.

Saif ul Malook became Bibi’s lawyer in 2014.  He says anyone who challenges the country’s blasphemy laws does so at great, personal risk.

“Since 2011 I am under armed police escort, along with my family. Armed police officials, they stay 24 hours with me wherever I go. ”

ul Malook took Bibi’s case to Pakistan’s Supreme court which in late 2018, in a historic ruling, overturned Bibi’s conviction.  The moment of joy, however, was fleeting. Outside, protestors demanded Bibi and the judges be killed.

“The motorways, all (the) highways of the country were closed by these Mullahs and religious people.  The country was (at a) standstill.” Ul Malook said.

The lawyer was forced to flee the country and it became clear Bibi would no longer be safe in Pakistan. Quiet negotiations began and in early 2019, the world learned Canada would become Asia Bibi’s new home.

Bibi is now living a quiet life with her family.  She says her days are filled with, “cooking, cleaning and gardening.”  As she makes up for lost time with the daughters she was forced to spend so many years away from.

No longer a government-sponsored refugee, she admits it has been difficult to make ends meet.  She cannot speak English or French and still fears an international assassin could find her.

There are other lives at risk, too. Shaghufta Kausar and Shafqat Emmanuel have also been convicted under Pakistan’s blasphemy laws and have been on death row since 2013.

“After Asia Bibi’s freedom, our hope was quite boosted up,” said Kausar’s brother, Joseph, who has asked that his last name not be published.

The couple is accused of sending blasphemous text messages insulting the Prophet Muhammad to a local imam from a phone registered to Kausar’s name. Joseph says the years in prison have been difficult for his sister’s mental health.

With the help of Asia Bibi’s former lawyer, the couple is appealing their conviction.

Back in Canada, Bibi says she is grateful for her second chance at freedom and hopes to one day become an advocate for religious freedom.

“To help the Christian community living in underdeveloped countries because (in) countries like Pakistan, Christians have lots of issues and difficulties.  I wish to work for those Christians for their safety and security.”