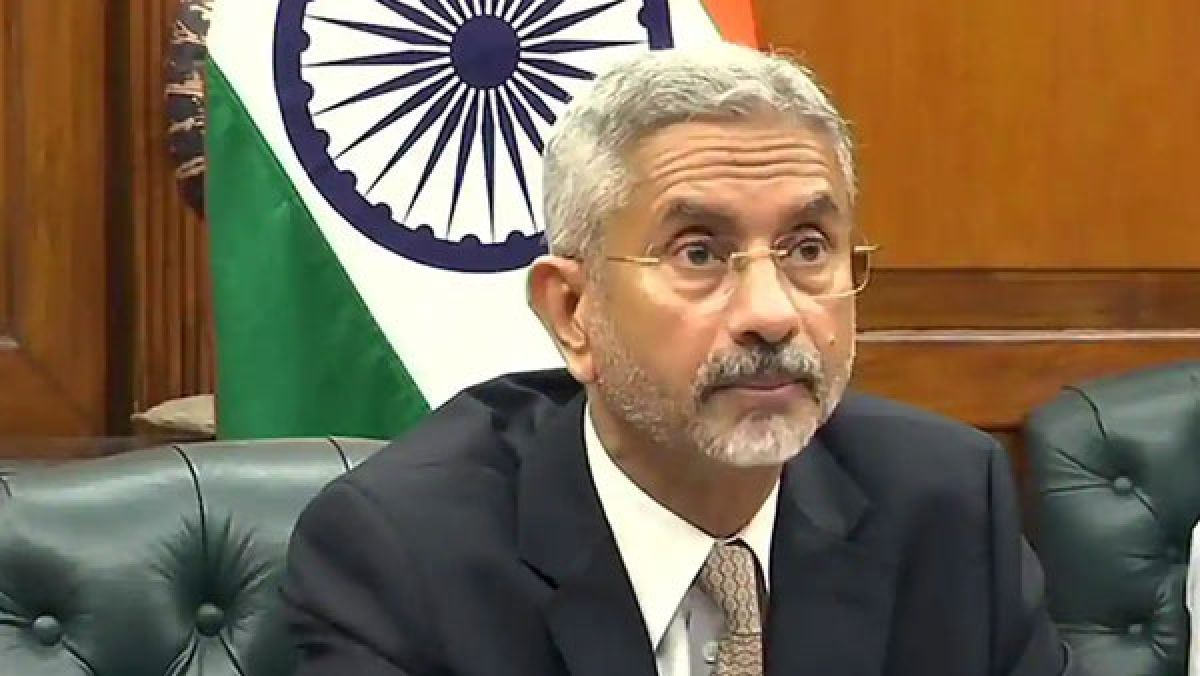 [Oneindia]Important for India and China to reach some kind of equilibrium: Jaishankar

[Oneindia]Important for India and China to reach some kind of equilibrium: Jaishankar

New Delhi, Aug 31: The ties between India and China are “extremely consequential” for both the countries and the rest of the world, External Affairs Minister S Jaishankar said on Monday, observing that it was important for the two sides to reach some kind of “understanding or equilibrium”.

In an interactive session at the US-India Strategic Partnership Forum, Jaishankar said, like every other country in the world, India is also cognisant of the rise of China but added that India”s rise has also been a global story.

The external affairs minister was answering questions relating to China”s rise, its impact on India as well as ties between the two countries at the virtual event.

Jaishankar”s remarks come in the backdrop of the four-month-long bitter border row between Indian and Chinese armies in eastern Ladakh which has led to a major strain in their overall ties including on trade and investment relationship. Both sides are engaged in talks to resolve the row.

“Obviously like every other country in the world, we are very cognisant of the rise of China. We are an immediate neighbour of China. So obviously if you are a neighbour, you are very directly impacted by the rise of what I say in my book a potential global power,” he said, referring to his yet-to-be-released book ”The India Way: Strategies for an Uncertain World”.

The external affairs minister said India too has been rising but it may not be to the same degree and at the same pace as China.

“But if you look at the last 30 years, India”s rise is also a major global story. If you have two countries, two societies with a billion people each with the history and culture that they have, it is very important that they reach some kind of understanding or equilibrium between them,” he said, without referring to any contentious issue.

“We will see that from China and I dare say, in some areas, they will see it of us,” he added.

Talking about what he called the “modus vivendi” between India and China, he said the relationship is “extremely consequential” for both the countries and “actually for the rest of the world”

Asked about the close ties between China and Pakistan, he said it is not something new as it goes back to the early 1960s.

“Aspects of it have been of concern to us before. Even that is not new and obviously, that is something we factor in our relationship with both countries,” he said.

About India”s ties with the US, he said the relationship has been on an upswing in various key areas like trade and investment, technology and defence and security, adding there has been a much stronger “convergence of interests” between the two sides.

“We look upon it not as something which is tailored to a particular situation or necessarily focused on some country,” he said, noting that the two sides have interests that will result in the greater good for the world.

Talking about regional issues, he said India”s growth has to be a lifting tide for the entire region. At the same time, he pitched for greater investment by India in the neighbourhood.

Jaishankar also highlighted India”s focus on self-reliance to boost economic growth as well as efforts to improve the overall prosperity of the region.

“India”s growth has to be a lifting tide for the entire region,” he said adding the country needs to invest in the neighbourhood and build more connectivity projects.

At the same time, he said, “we are actually doing it,” he said.

Jaishankar said India has been a supplier of electricity to most of its neighbours in the last five years besides providing fuel to many of the countries.

He said India has been involved in developing waterways, ports, railway networks and other projects in the region.

“There is a lot of regional investment which India is making today and our sense is that you are going to get a much better-integrated region, a much more connected region. But one needs to go beyond that,” he said.

On India”s focus on self-reliance, he said if the country is seeking to expand its manufacturing capabilities, there would be a whole lot of business opportunities for foreign investors.

“We are much more interested in global value chains now passing through India using India”s production capacities as the path of the chain,” he said.

Jaishankar said a more knowledge-driven world economy will require more “trusted talent” and that is an opportunity for India, adding immigration will be a win-win proposition for both sides.