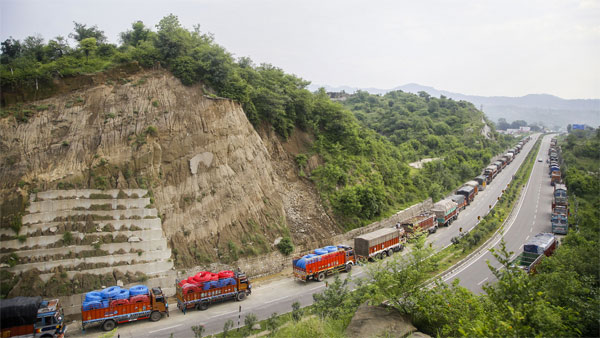 Over 300 vehicles were stranded at several places on the highway, the only all-weather road connecting Kashmir valley with the rest of the country.

The men and machines of the National Highway Authority of India (NHAI) and Border Roads Organisation (BRO) have started clearance of the landslides to restore the traffic on the highway, they said. However, the Srinagar-Kargil-Leh road, which connects UTs of J-K and Ladakh, is open for traffic.

The Mughal road, connecting Shopian district of Kashmir valley with Poonch district of Jammu region, is through for vehicles carrying essentials, mostly trucks and oil tankers, they said.

The traffic on inter-district Kishtwar-Paddar road has been restored on Monday after clearance of landslides, which blocked the road 3 days ago, they said.