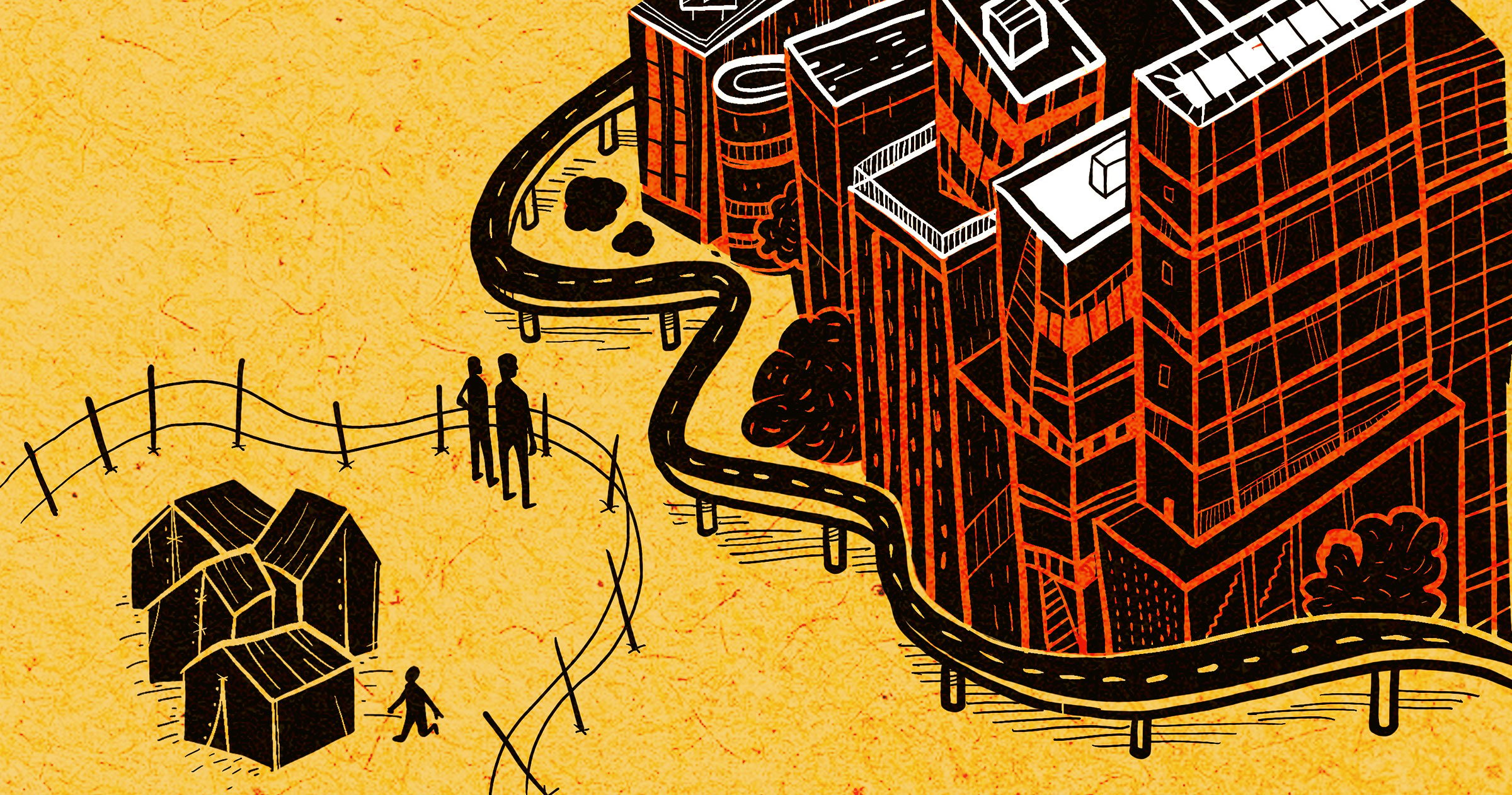 Refugees and asylum seekers may be displaced by war or threats due to their ethnicity, political beliefs or sexual orientation. Those fleeing their homes often leave family and friends behind, only to face new traumas, including new societies that can often appear unwelcoming.

In 2018, 70 million people were displaced – 26 million were refugees and 84 per cent of those were from underdeveloped countries. Many are still waiting to be resettled.

Recent figures indicate that more than half the world’s refugees live in urban areas, and almost 40 per cent are confined to camps or similar facilities.

People leaving their home countries (in millions) by end of 2019

What is the difference between a refugee and an asylum seeker?

A refugee is someone living in another territory because of an imminent risk to their human rights in their country of origin, where their own government cannot guarantee their safety. Refugees have the right to international protection, which does not apply to those fleeing natural disasters.

An asylum seeker has left their country in search of protection but has not yet been legally recognised as a refugee.

Top five countries with the most internally displaced people in 2019

One out of every 108 people in the world is displaced. In 2010-19, more than 16 million asylum claims were registered, with 2 million filed in 2019 alone. Since 2010, nearly 5 million people have qualified for refugee status or other protections in 183 countries and territories. About 15 million people recognised as displaced have been temporarily sheltered or protected.

Europe, the Middle East and North Africa have all felt the impact of the Syrian conflict which displaced 6.6 million people by the end of 2019. The European Union has been further affected by the refugee crisis in eastern Ukraine and the constant flow of people risking their lives crossing the Mediterranean from North Africa.

The EU tightened border restrictions earlier this year to curb the spread of the coronavirus but nevertheless a record number of people crossed the English Channel in small boats on August 6, 2020.

The following graphic shows the number of people with refugee status and those seeking asylum around the world, according to the 2019 HUMAN FREEDOM INDEX report. The index considers indicators of personal and economic freedom in rule of law, security and safety, movement, religion, association, assembly, expression and information, identity and relationships as well as size of government, among other factors.

Turkey currently hosts almost 4 million refugees, 3.6 million of whom are Syrian. Others are mainly from Iraq, Afghanistan, Iran and Somalia. Refugees reside in almost all Turkish provinces.

Migrants from Central America ride in the boot of a taxi through Acayucan, Mexico, hoping to reach the US border

Political and economic unrest in Venezuela and other Central American countries has led to a significant increase in the number of asylum applications. In 2016-19, citizens of Central America accounted for 1.6 million asylum applications, a significant increase from 200,000 in 2010-15. Extreme violence carried out by transnational criminal organisations such as Mara Salvatrucha, commonly known as MS-13, has deepened insecurity. The notorious gang originated in Los Angeles to protect Salvadoran immigrants and now has operations in the “northern triangle” of El Salvador, Guatemala and Honduras, as well as Mexico, Canada and the US.

In 2018, Venezuela’s total population was 28.87 million. By the end of 2019 some 4.5 million Venezuelans had left their country, mostly relocating to other countries in Latin America and the Caribbean. Although Latin American countries have issued more than 2.4 million legal residency permits to Venezuelans, the flow of refugees continues to increase. Half the Venezuelans in neighbouring Colombia live there illegally.

Venezuelans in other Latin American countries*

Asia, Pacific and the Middle East

A Rohingya refugee from Myanmar in one of the sprawling camps in Cox’s Bazar, Bangladesh

Myanmar’s violent crackdown on its Muslim-minority Rohingya population began in 2015 and at least 720,000 people have since fled across the border to camps in Bangladesh.

Further west, refugees have for 40 years been leaving Afghanistan in droves, crossing the border to Iran and Pakistan.

In the Middle East and North Africa, more than 600,000 asylum applications were registered in the past decade, mostly by Sudanese trying to reach Egypt or by Iraqis seeking shelter in Jordan. Libya has also become a preferred destination for refugees and migrants seeking to reach Europe.

Pakistan is among the countries hosting the most refugees. Until July 2019 there were more than 2.4 million Afghan refugees estimated to be living there, many unregistered. About two-thirds have since been provided with proof of registration, granting them temporary leave to remain and freedom of movement. The rest remain in camps.

Conflicts in South Sudan, the Democratic Republic of Congo, the Central African Republic, Somalia and Burundi have caused the African refugee population to soar from 2.3 million to 6.3 million in the past decade. The majority are women and children who often arrive weak and malnourished, a problem exacerbated when rainy seasons are accompanied by floods, food shortages and water-borne diseases.

Uganda hosts more than 1.4 million refugees, making it the largest refugee-hosting country in Africa. Most are from South Sudan and the Democratic Republic of the Congo.

Ugandan refugee policies guarantee freedom of movement and the right to employment, education and health, as well as the right to establish a business or economic activity. The government also provides plots of land for refugees to build houses and plant crops. However, Ugandan authorities have recently suspended the entry of new refugees as they try to contain the Covid-19 pandemic.

Numbers by country of origin 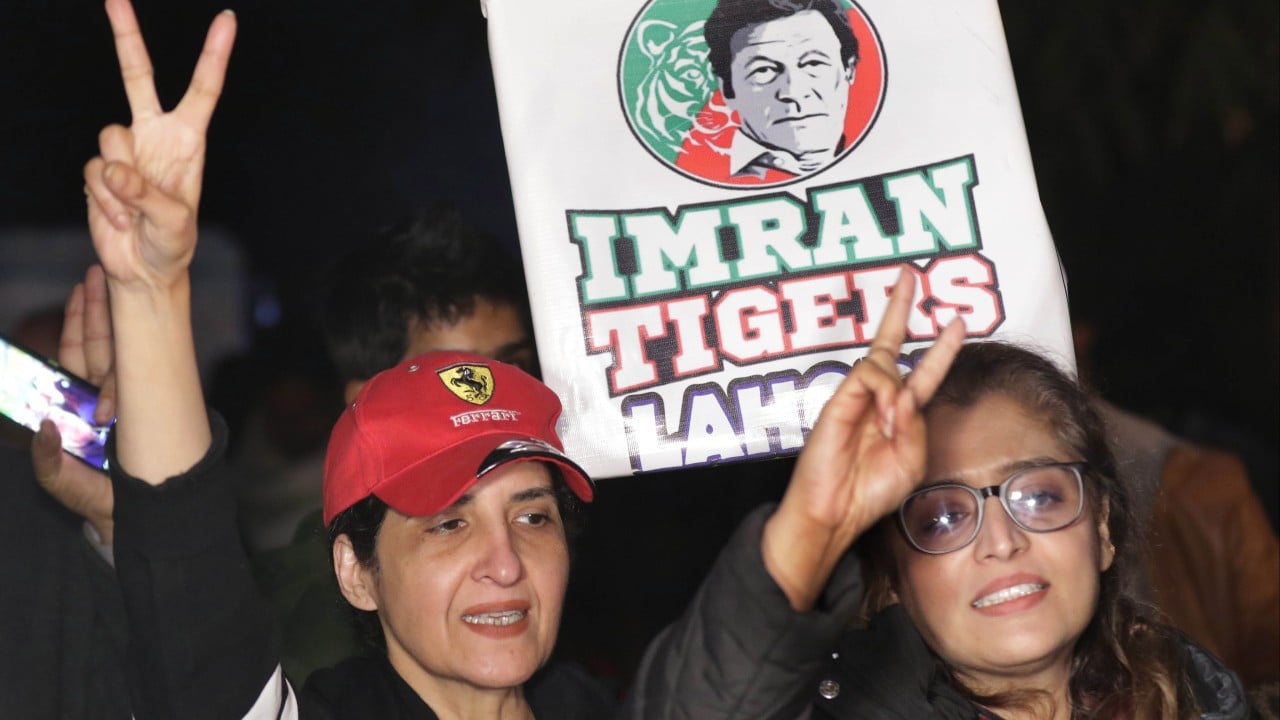 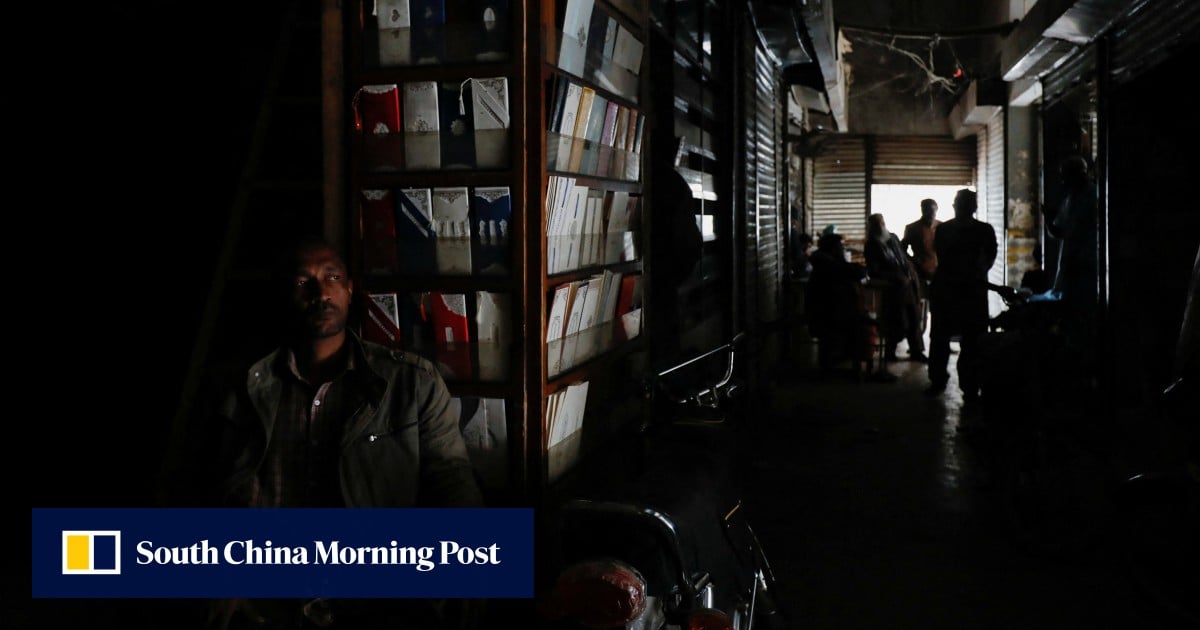 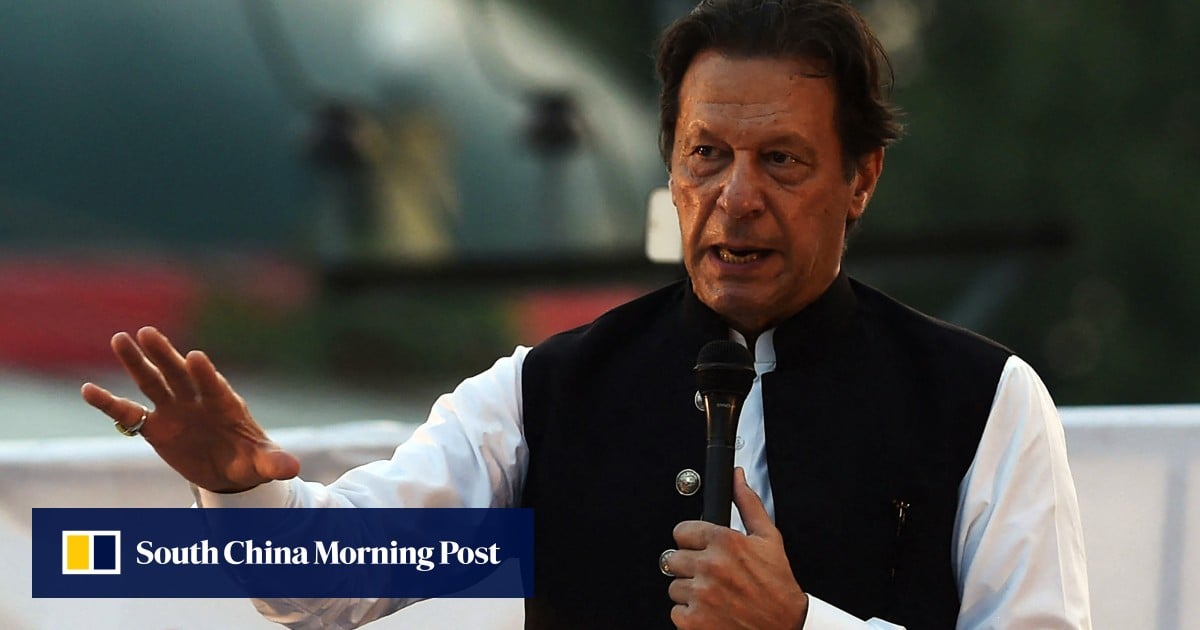 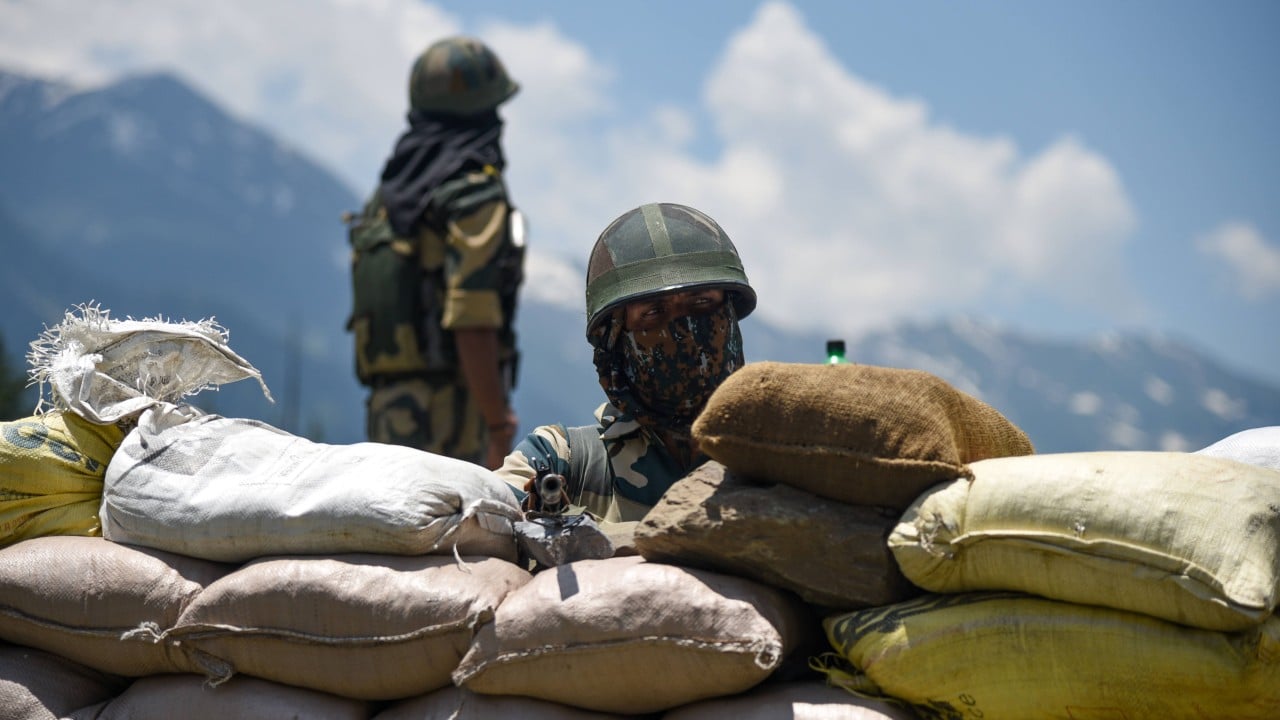 [South China Morning Post]Indians see China as No 1 military threat, US as No 2: survey 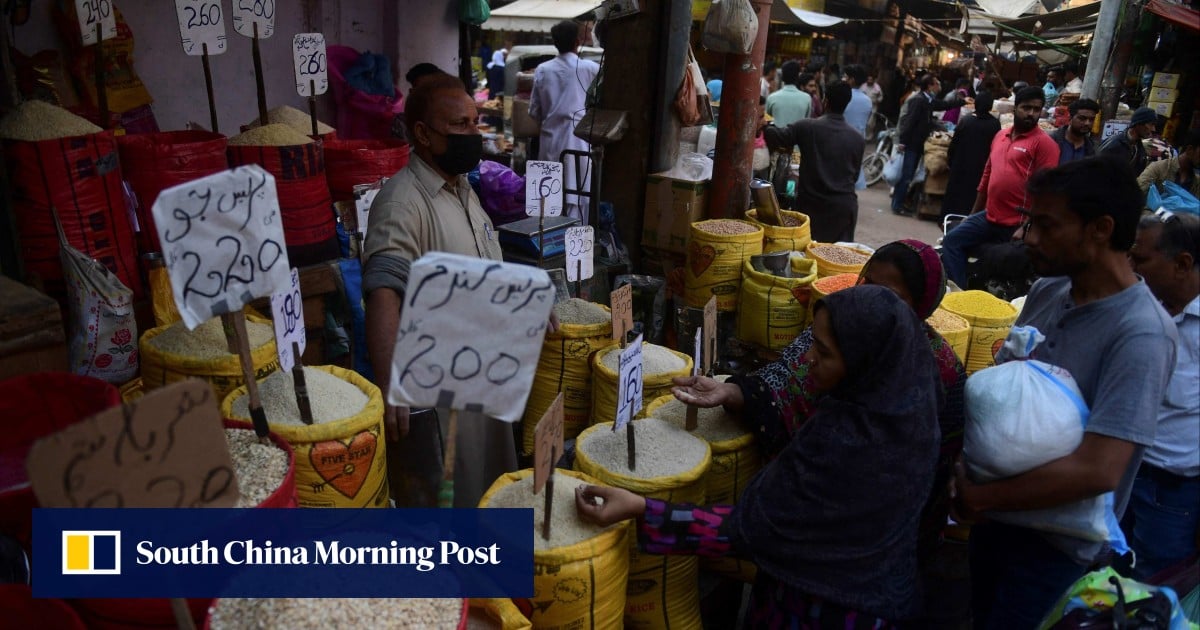