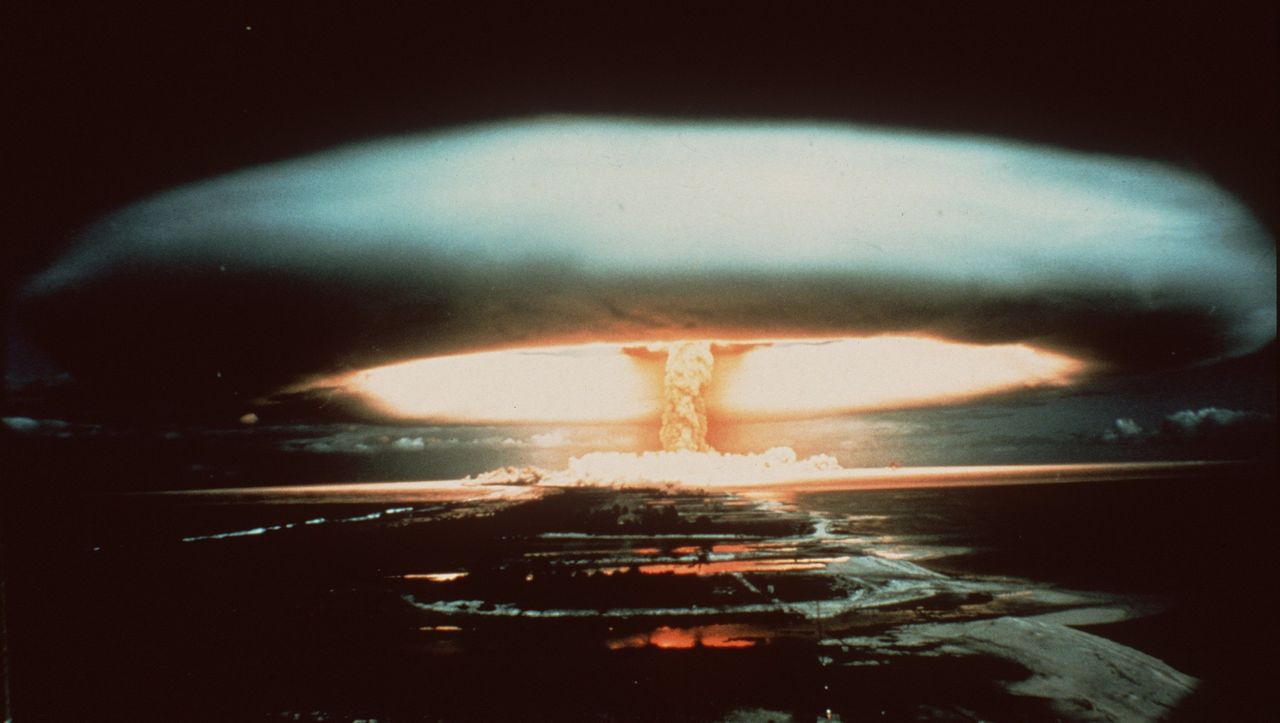 [SPIEGEL]UN Official: The Nuclear Risk Is “Higher Than since the Darkest Days of the Cold War” – DER SPIEGEL – International

[SPIEGEL]UN Official: The Nuclear Risk Is “Higher Than since the Darkest Days of the Cold War” – DER SPIEGEL – International

DER SPIEGEL: The global system of nuclear arms treaties is eroding. The INF treaty is history. The ongoing negotiations surrounding the New START treaty have been difficult. There is even talk of new nuclear testing in the United States. Are we about to lose everything that has been achieved during the Cold War and the time since?

Nakamitsu: Arms control and disarmament instruments provide tangible security and stability benefits. It is highly concerning that some governments appear to forget this lesson. Instead, we should work together to maintain what we have. And there are some important elements still standing.

DER SPIEGEL: What are you thinking of?

Nakamitsu: We are encouraging the United States and the Russian Federation to extend the New START treaty, which limits the number of deployed strategic nuclear warheads. The norm against nuclear testing is also one of the greatest achievements of the post-Cold War era. We consistently encourage countries to identify means that will accelerate the entry into force and universalization process of the treaty banning nuclear tests.

Japanese diplomat Izumi Nakamitsu, 57, holds degrees in law and international relations from universities in Washington, D.C., and Tokyo. After her studies, she began working for the United Nations. She has also taught international relations at Tokyo’s Hitotsubashi University. Nakamitsu has served as the UN under-secretary-general of disarmament affairs since 2017.

DER SPIEGEL: The famous Doomsday Clock, published by the Bulletin of the Atomic Scientists, is now closer to midnight than ever. Do you think the underlying assessment of nuclear risk is correct?

Nakamitsu: The Doomsday Clock is a very effective way of informing the public about how dangerous things have become. I share the concern. The risk of use of nuclear weapons, whether intentional or by accident, is higher than it has been since the darkest days of the Cold War. But the greatest danger is through miscalculation.

Nakamitsu: After the Cuban missile crisis in 1962, which brought the world to the brink of nuclear war, the U.S. and the Soviet Union installed special communication channels. One very important factor is: We don’t have the same dialogue channels for risk management between Washington and Moscow that existed during the Cold War, especially at a working level. The lack of dialogue today creates a very dangerous situation.

DER SPIEGEL: So, the risk of a misunderstanding between two traditional nuclear powers is greater than unforeseen action by a nuclear upstart like North Korea?

Nakamitsu: That the dialogue between the U.S. and the Democratic People’s Republic of Korea (DPRK) does not seem to be moving forward is also quite worrying. We consistently encourage them to return to negotiations. Another source of concern is that the dialogue channels between the DPRK and the Republic of Korea seem to be suspended. Mechanisms that create confidence and transparency are critical for risk reduction.


DER SPIEGEL: What can the UN do to promote nuclear arms control?

Nakamitsu: The situation in the Security Council is difficult because of a lack of great power cooperation. But the vast majority of UN member states are still committed to the goals of nuclear disarmament, non-proliferation and the complete elimination of nuclear weapons. The UN can and does play an important role as a trusted and neutral broker. We bring the different parties together: our member states and also other actors. While we must safeguard the great gains made to date, there is a need for more creativity, for a new vision and new approaches in arms control and disarmament. The UN is ready and willing to facilitate new thinking on such a vision.

DER SPIEGEL: The U.S. is asking China to enter into nuclear arms control negotiations. Do you support this endeavor?

Nakamitsu: As I mentioned before, we need a new vision for nuclear disarmament. The security environment surrounding nuclear weapons has dramatically changed in several ways. We have massive advancements in technology, artificial intelligence and autonomy, means of cyber, missiles, the use of outer space. These changes require a new approach, which will take time. One of the reasons why we are encouraging the U.S. and Russia to extend New START is to avoid unconstrained nuclear competition and gain time to discuss the new approach, also with other nations.

DER SPIEGEL: This is where China could play a role?

Nakamitsu: The world is no longer bipolar. The great powers are in competition with each other. The U.S. and Russia still have the largest stockpiles. So, there are immediate disarmament responsibilities that are required from those two states. I very much hope that, as a global power, China wants to be a responsible actor and engage in future arms control talks. It is also in China’s interest to have strategic stability, to avoid miscalculations and ensure common security.

DER SPIEGEL: How important is the Nuclear Non-Proliferation Treaty (NPT) that came into force in 1970 for achieving a stable world order?

Nakamitsu: With 191 states as parties, it is a crucial pillar of international security and stability. It contains the only legally binding commitment to nuclear disarmament. Also, very important are the verifiable non-proliferation obligations. The NPT was crucial for maintaining peace on a global scale for 50 years and has to stay strong and healthy.

DER SPIEGEL: Should there be more international pressure on the states that are not parties to the NPT and possess nuclear weapons?

“I very much hope that, as a global power, China wants to be a responsible actor and engage in future arms control talks.”

Nakamitsu: In nuclear disarmament and arms control, there is no panacea. If you just apply pressure, would it work? No, it wouldn’t. States like India, Pakistan and also Israel, which has never confirmed or denied the possession of nuclear weapons, have security concerns that are related to their regions. So, it is not just pressure that will work. We also need dialogue, to build confidence, and to increase transparency. We need to have better arguments for why nuclear disarmament bolsters their security rather than the other way around.

DER SPIEGEL: Should we differentiate between those countries which have been in possession of the atomic bomb for a long time now – and a nuclear upstart like North Korea?

Nakamitsu: This is not about the length of possession. The DPRK is a very special case because it is subject to several Security Council resolutions, which are legally binding. According to these resolutions, the DPRK has to abandon its nuclear weapons program. We always encourage this country to return to full compliance with its international obligations.

DER SPIEGEL: The NPT requires in Article 6 that the “P5 nations” – the U.S., Russia, China, France and the United Kingdom – pursue “complete disarmament” of nuclear weapons. Are all of these countries fulfilling their obligation?

Nakamitsu: Historically, they have been making progress. There were massive reductions in nuclear stockpiles, from more than 70,000 down to about 14,000 today. But the movement toward nuclear disarmament has stalled and is now going backward. All of the five powers, including France and the United Kingdom, are modernizing their nuclear arsenals. Some say this modernization is simply maintenance. But we know from a lot of research that it goes beyond that and is actually about a qualitative improvement of nuclear weapons. This is very unfortunate.

DER SPIEGEL: Are they violating the treaty?

Nakamitsu: We still hope that they will return to the disarmament path. There was a small but important gesture in March, 50 years after the entry into force of the NPT, when the P5 adopted a joint statement expressing their commitment to the treaty.

DER SPIEGEL: They also jointly expressed their strong opposition to another international agreement, the Treaty on the Prohibition of Nuclear Weapons (TPNW), saying “It contradicts, and risks undermining, the NPT.” Do you support the TPNW in spite of the fundamental criticism?

Nakamitsu: Yes, definitely. It came about because non-nuclear weapons states were frustrated to see that there was a stall in and reversal of the required nuclear disarmament under Article 6 of the NPT.

DER SPIEGEL: The TNPW was adopted in 2017 and has been ratified by 40 countries so far. It needs 50 ratifications to enter into force. What will happen then?

Nakamitsu: Many people think we will have 50 ratifications sometime next year, but I do not speculate. The TPNW will become a very important part of the nuclear disarmament regime. The core group of TPNW states continue to say that it does not undermine the NPT, but was made to complement and strengthen it. Both treaties have the common objective of pursuing a world without nuclear weapons.

“These so-called tactical weapons run a high risk of theft, including by terrorist groups.”

Nakamitsu: Extremely dangerous. First, there is the perception danger: Because of their supposed “low yield,” people might think that limited use of these weapons in a conflict is a possibility. Then you have the escalation danger: What might begin under the notion of limited exchange will almost automatically evolve into nuclear war on a much bigger scale.

DER SPIEGEL: A large proportion of the nuclear stockpile during the Cold War consisted of so-called tactical weapons. But not a single one was ever used in combat.

Nakamitsu: This shouldn’t calm us down. With weapons that are considered to be merely tactical, military commanders might have a delegated authority to use them. The command and control structures would come under a lot of pressure. And, the last point, these so-called tactical weapons run a high risk of theft, including by terrorist groups.

DER SPIEGEL: This week, the world is remembering what happened to the people of Hiroshima and Nagasaki 75 years ago. Are there still lessons to be learned?

Nakamitsu: Yes, of course. The average age of the Hibakusha, the survivors, is now about 82 years. The United Nations and civil society organizations are making sure that their message to eliminate all nuclear weapons is shared and passed on to younger generations all over the globe.

DER SPIEGEL: What are your feelings when you visit the memorials in Hiroshima and Nagasaki?

Nakamitsu: It is very moving and emotional and gives me a strong sense of commitment: Why we at the United Nations must maintain nuclear disarmament as a priority. Why we have to make absolutely sure that no major war will happen.

DER SPIEGEL: Are you optimistic that there will be a world without nuclear weapons in maybe 20 or 30 years?

“For real steps toward elimination, we need more than pragmatism.”

Nakamitsu: We remain 100 percent committed to achieving this goal. Many of the world leaders during the height of the very difficult Cold War understood the danger of nuclear weapons. If world leaders today will reaffirm the objective of a world free of these weapons, then we will again have momentum toward their elimination. We talked about risk reduction, which is a very important pragmatic idea. But for real steps toward elimination, we need more than pragmatism. They require a very strong political will. And those who shape the political will are the citizens and, in most nations, parliaments. We as United Nations cannot tell governments what to do. The citizens can.

[SPIEGEL]Germany’s Afghanistan Dilemma: What To Do With Local Hires?

[SPIEGEL]”It’s Not a Joke!”: Lukashenko’s Reign of Fear Hits the Olympics and Beyond 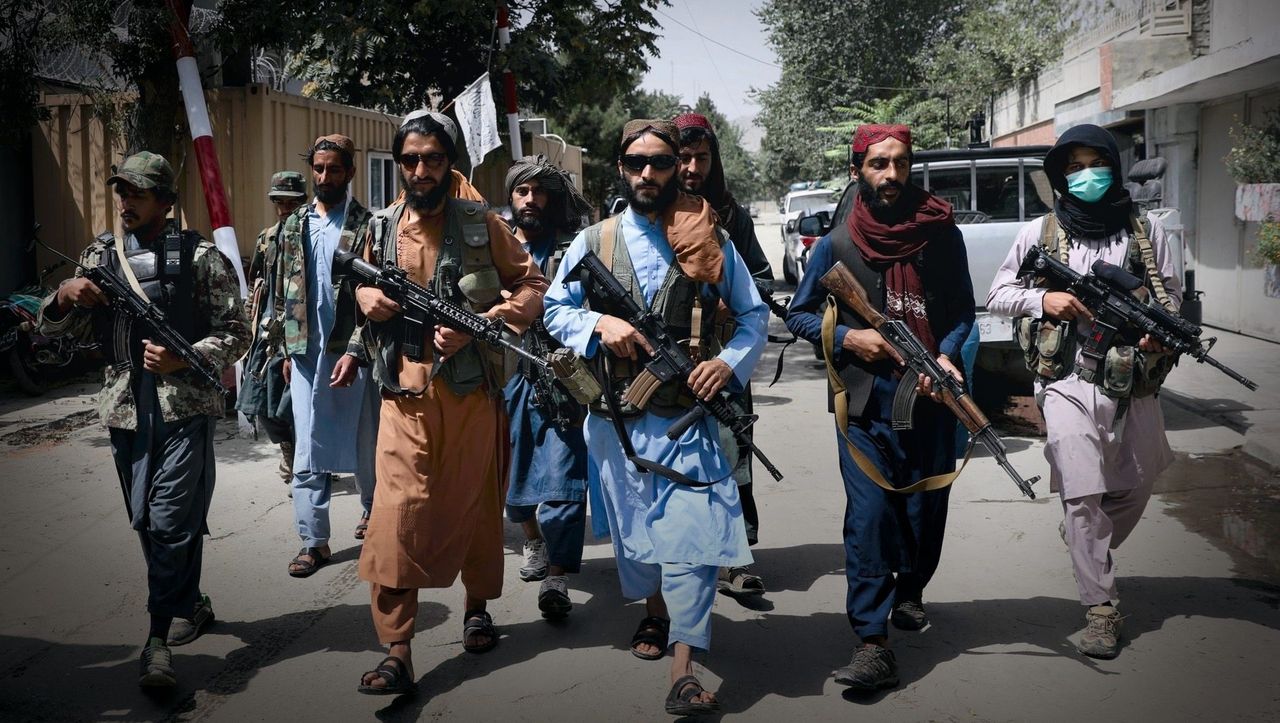 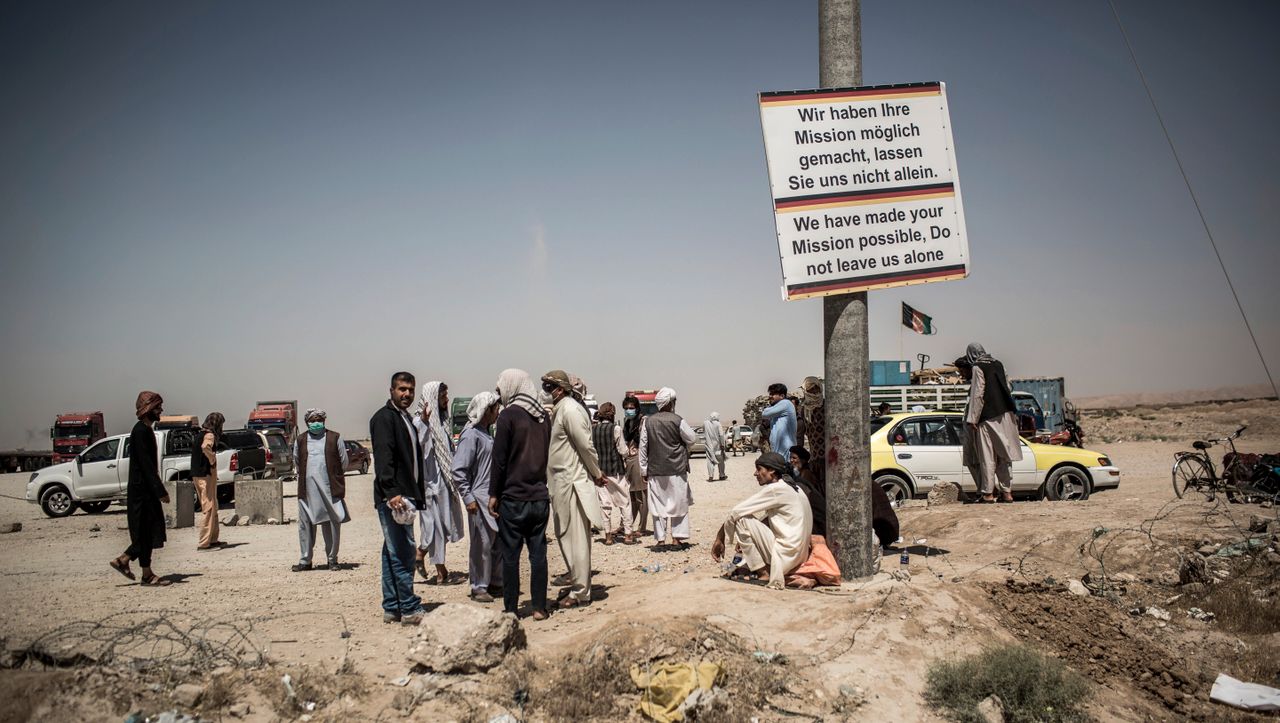 [SPIEGEL]Germany’s Afghanistan Dilemma: What To Do With Local Hires? 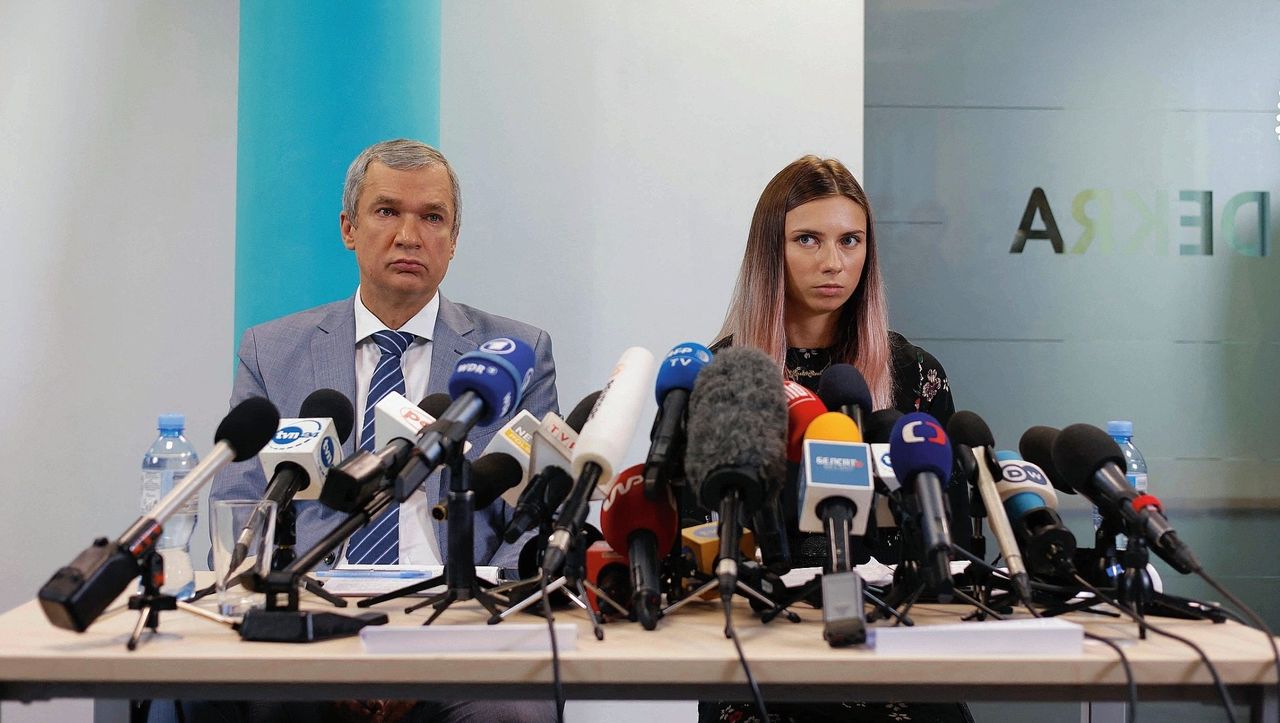 [SPIEGEL]”It’s Not a Joke!”: Lukashenko’s Reign of Fear Hits the Olympics and Beyond 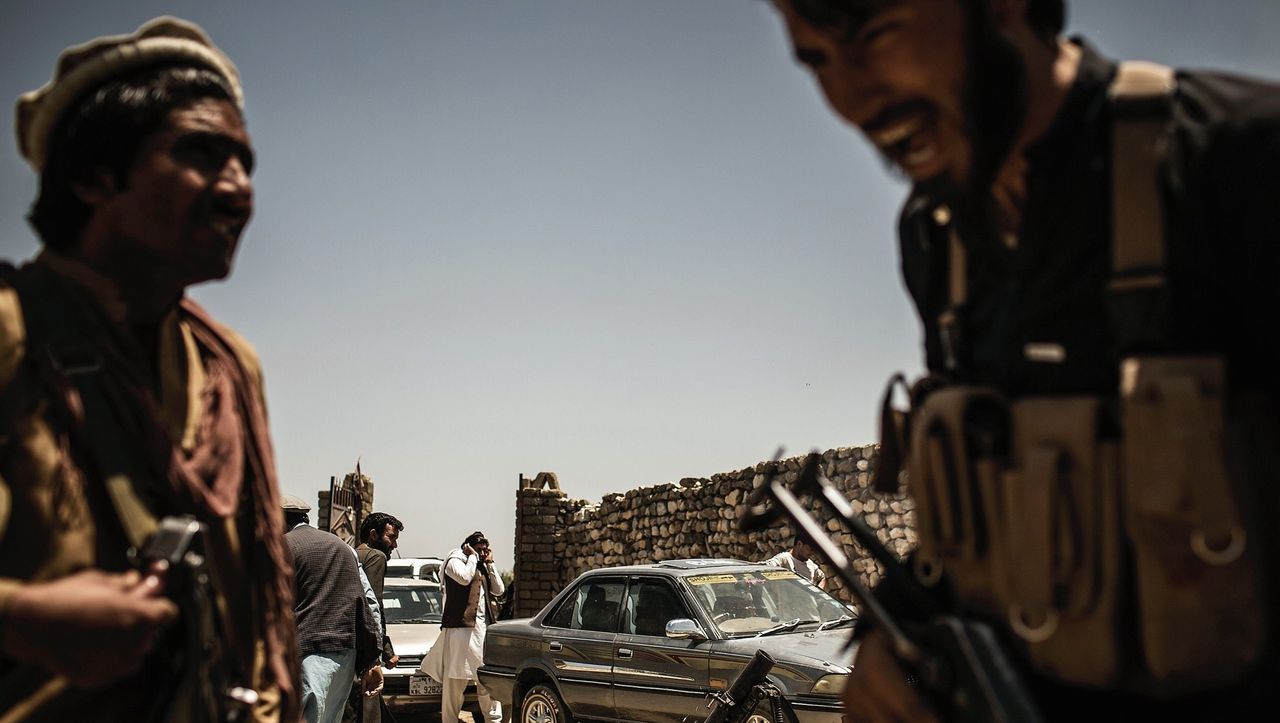 [SPIEGEL]Growing Anxiety as the Taliban Approaches in Eastern Afghanistan 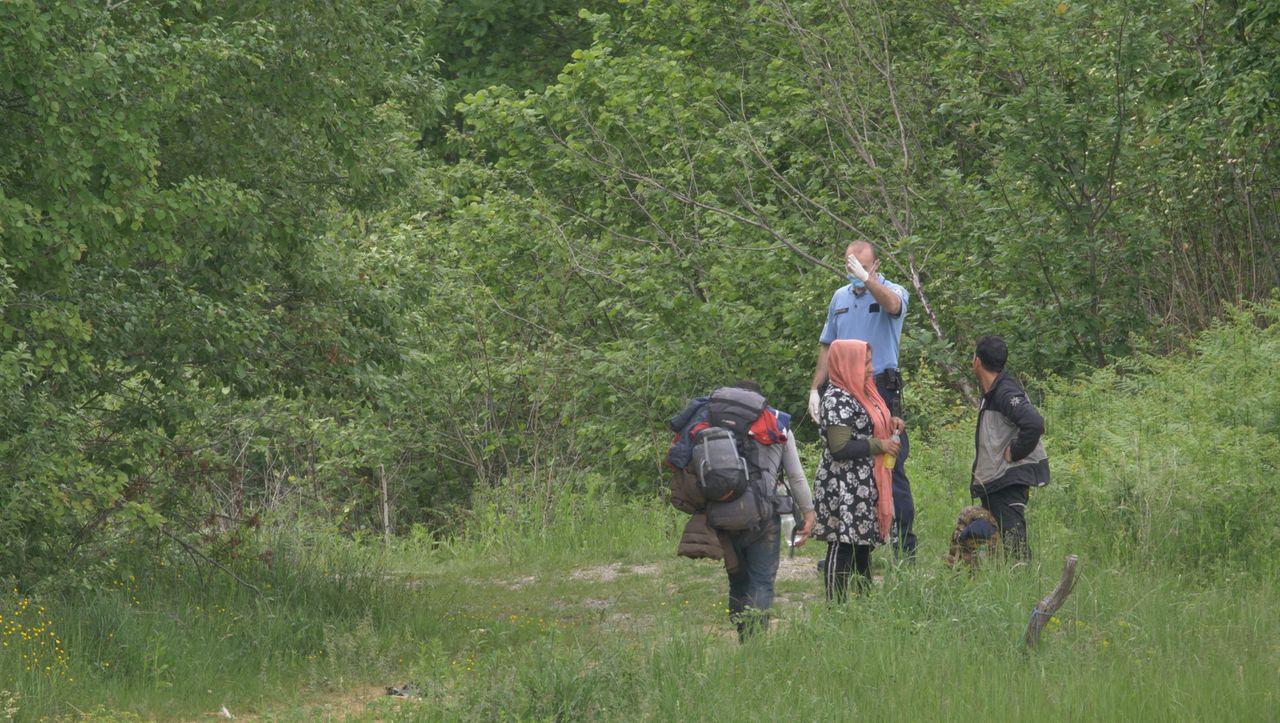