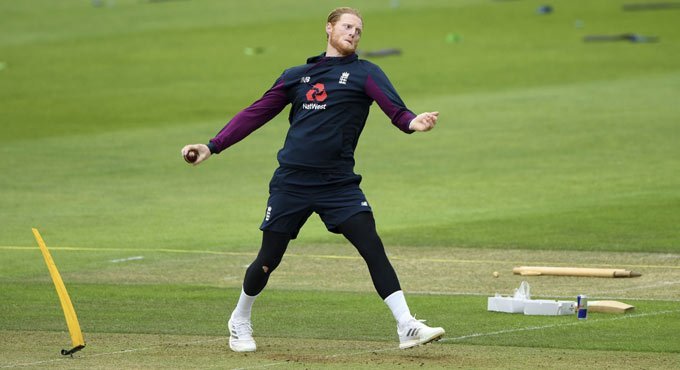 Ben Stokes left England after the first Test in Manchester, and is now undergoing 14-days Covid-19 enforced quarantine in New Zealand before he can join his parents in Christchurch

[Telangana Today]Rewind: Too taxing an idea

Wellington: Ged Stokes, the father of New Zealand-born England cricket star Ben Stokes, has revealed he has brain cancer which is why his son pulled out of the Test series against Pakistan to return home to be with his family.

Ben Stokes left England after the first Test in Manchester, and is now undergoing 14-days Covid-19 enforced quarantine in New Zealand before he can join his parents in Christchurch.
Ged, a former New Zealand rugby league international, was first hospitalised while in Johannesburg in December when he required emergency surgery for a brain bleed three days before England’s first Test against South Africa.

Further medical tests on his return to New Zealand found tumours on his brain. “So, basically brain cancer,” Ged Stokes told the New Zealand Herald in an article published Saturday.

“How that came about nobody knows but obviously I’ve had a few bangs on my head through my life so that’s probably contributed to it. It wouldn’t have helped.”

Ben Stokes, who last year played a man-of-the-match role to help England beat New Zealand in a dramatic World Cup final, said he sensed when his father collapsed in South Africa that it was something serious.

“I was carrying a knee injury in South Africa but I felt my attitude change. What’s a sore knee? I can bowl another over or I can bowl another spell. I decided an injury meant very little compared with what Dad was going through. That has been there since because I felt Dad might not see me play again,” he said.

“Even when I left South Africa to get back home (to England), I had a feeling something else would happen. I felt like I was constantly preparing myself for another phone call, so when it came it wasn’t necessarily a surprise but it didn’t make it any easier.”

He praised his father, and his experiences as professional rugby league player, for showing him the discipline required to be a professional sportsman.

“He was hard on me, especially as a teenager — 17, 18, 19, when you’re a bit rebellious — he was tough. But as I got older I realised it was all for a reason. He knew I wanted to be a professional sportsman and he was drilling that into me as I started to make a career in cricket,” Ben said.

“I didn’t realise it at the time but when I look back I know he was doing it for the right reasons.
He used to get me out of bed early to go to the gym with him when I didn’t want to … all that kind of stuff you don’t appreciate at the time but looking back now I do,” Ben recalled

[Telangana Today]Rewind: Too taxing an idea