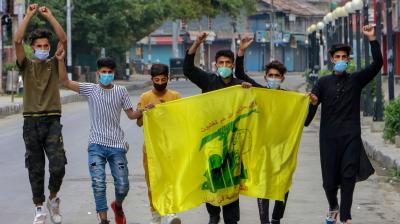 As the number of the mourners out on the streets at Zadibal swelled, the police and other security forces withdrew from the area

The Shia mourners in large numbers on Sunday defied curfew-like restrictions at several places across Kashmir Valley including central towns of Budgam and Magam and Srinagar’s Zadibal area by taking out tazia and zuljanah processions to commemorate the martyrdom of Imam Hussain, the grandson of Islam’s Prophet Muhammad, and his 71 family members and companions in the ‘Battle of Karbala’ (Iraq) in October 680.

Except at Zadibal where 16 persons were injured in police action, these events passed off peacefully after the mourners including women marched along the streets and alleys beating their chests, reciting elegies and chanting slogans and, some of them, also doing self-flagellation.

In Budgam, a predominantly Shia town located 27-km west of Srinagar, thousands of mourners participated in the ‘zuljanah’ procession. ‘Zuljanah’, bought and raised by Prophet Muhammad, was the horse of Imam Hussain and a very important character in the ‘Battle of Karbala’. The ‘zuljanah’ procession is taken out by Shia Muslims only on the 10th of Muharram, the first month of Islamic calendar, when Imam Hussain was martyred at Karbala.

Similar processions were taken out also in some other parts of Kashmir whereas elsewhere in the Valley only tazia or mourning processions and rallies without the participation of ‘zuljanah’ replicas were organized by the mourners.

At Zadibal in the heart of Srinagar City, the police fired pellet shotguns and also lobbed teargas to disperse the mourners who took to the streets in their attempt to take out a tazia procession and clashed with the former when it came in their way. Reports said that 16 persons were injured, most of them receiving multiple pellet entrance wounds. The police detained about twenty people for violating the restrictions in force in many parts of the City since Friday to hold back Muharram processions and rallies in view of COVID-19.

The witnesses said that as the number of the mourners out on the streets at Zadibal swelled, the police and other security forces withdrew from the area and monitored the situation from distances.

On Saturday, 19 mourners were injured when the police fired teargas canisters and pellet shotguns to disperse a Muharram tazia procession in Srinagar’s Bemina area. The official sources on Sunday confirmed that five persons received pellet entrance wounds, one of them in his face, but added that the police was compelled to use force to disperse the mourners as they turned violent and hurled stones on cops. However, the locals said that the tazia procession was “absolutely peaceful” and that the police targeted it without any provocation.

The authorities said that these processions and rallies were “unlawful assemblies” as restrictions under Section 144 are in place in these areas in view of the spike in COVID-19 deaths and positive cases in the Valley.

Kashmir’s Divisional Commissioner, Pandurang K. Pole, had on Thursday night announced a complete ban on holding of such rallies in the Valley and urged the heads of religious organizations to use their influence and make people aware of the importance of following Coronavirus related SOPs including social distancing protocol and use of face masks while commemorating martyrdom of Imam Hussain.

Several Shia religious organizations and leaders had earlier announced that no mass rallies, processions or congregations (gatherings) would be held this year to commemorate the martyrdom of Imam Hussain in view of Coronavirus and appealed the devotees to follow SOPs strictly while even holding restricted majalis (mourning assemblies) in their respective areas.

In Kashmir Valley, an official ban remains in force on organizing mourning rallies and processions along select traditional routes on the 8th and 10th day of Muharram, the first month of Islamic calendar, mainly in Srinagar ever since the separatist campaign became violent way back in 1989. Only small mourning rallies and processions with certain restrictions would be permitted in the areas having sizable Shia populations including at Imam Barahs or the places where functions connected with Muharram are held by them traditionally.

However this year, the authorities decided to impose a blanket ban on such rallies and procession in view of COVID-19.

The Supreme Court had on Thursday declined permission for carrying out Muharram procession across the country. A bench comprising Chief Justice S A Bobde and Justices A S Bopanna and V Ramasubramanian said that allowing such activity would lead to chaos and a particular community will be targetted for spreading COVID-19. “We don’t want that. We as a court cannot risk the health of all the people”, the bench said.

The police authorities said that the mourners targeted policemen with stones and other objectives, causing injuries to several of them, at Zadibal. “Our jawans exercised restraint despite being repeatedly attacked by mobs”, a police officer said. He added that senior police officers rushed to the area to oversee the situation. 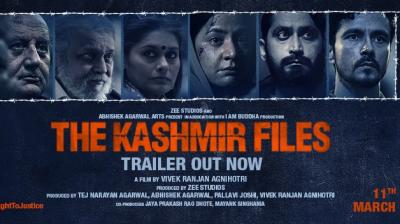 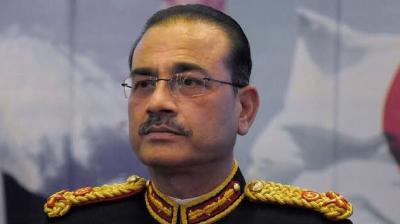 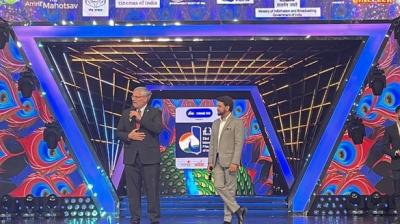 [The Asian Age]You should be ashamed: Israeli envoy to Israeli filmmaker on Kashmir Files remark row 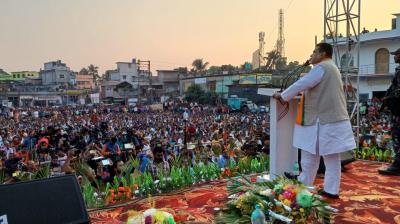 [The Asian Age]CAA will be implemented in West Bengal, says BJP’s Suvendu Adhikari