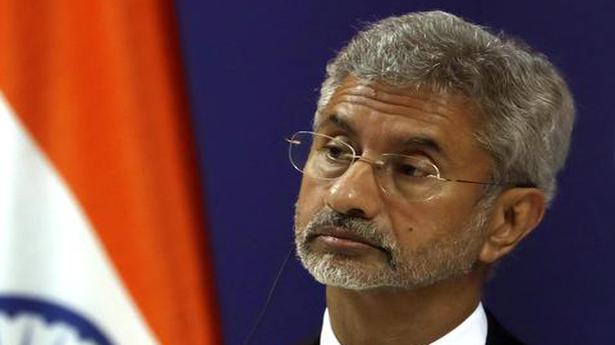 [The Hindu]Important for India and China to reach equilibrium: Jaishankar

[The Hindu]Important for India and China to reach equilibrium: Jaishankar

[The Hindu]With a separate electorate for SCs, the British tried to turn Ambedkar into another Jinnah, says Governor

Jaishankar made no reference to the ongoing tensions between the two countries, said India remains “cognisant” of China’s rise.

India and China need to reach an understanding, given both their growth stories, said External Affairs S. Jaishankar, speaking to an American think tank on Monday, where he called for a “modus vivendi” (agreement to coexist) between the two Asian powers.

In comments made hours after the Army announced another “provocative” attempt by Chinese troops to change the status quo at the Line of Actual Control, Mr. Jaishankar, who made no reference to the ongoing tensions between the two countries, said India remains “cognisant” of China’s rise.

“If you have two countries, two societies, a billion people each, it is very important they reach some kind of an understanding or equilibrium between them. This is a practical world. If a country is going to get more powerful, you will see its influence in areas and geographies we have not seen before. We are going to see activities and capabilities we have not seen before. We see that from China and in some areas, they will see it from us,” said the External Affairs Minister, speaking to former U.S. Ambassador to India Timothy Roemer at the U.S.-India Strategic Partnership Forum’s (USISPF) annual leadership summit .

“I say in my book, this modus vivendi is extremely consequential for both countries and the rest of the world,” he added, referring to his book, The India Way, due to be released this Saturday.

When asked if India’s “challenge from China’s aggressive behaviour” would result in more strategic closeness with the U.S., as well as the signing of more defence agreements, foundational agreements between the militaries and more engagement with the Quadrilateral (Quad) when Indian and U.S. Defence and Foreign Ministers meet for the “2+2” dialogue in October this year, Mr. Jaishankar said bilateral ties were not related to any “one country”.

“We see [India-U.S. ties] not tailored to one situation or focused on one country. This is not a short-term issue. This is about India and the U.S. coming together, saying we think alike in so many ways and our interests are so similar in so many domains, and asking what can we do to secure the world and make it a better place,” he told Mr. Roemer.

Mr. Jaishankar said India-U.S. defence ties could be increased if U.S. businesses choose to invest in Indian manufacturing where the government has announced an import ban on 101 items including weapons, platforms, and equipment. Pointing to more flexible investment rules, he said the Indian defence market constituted a “great opportunity.

He also told USISPF members that India and the U.S. now enjoy a level of political trust that didn’t exist “in the past” and that both digital businesses and “trusted supply chains” should be built up between industries in both countries to enhance economic recoveries post-Pandemic.

[The Hindu]With a separate electorate for SCs, the British tried to turn Ambedkar into another Jinnah, says Governor