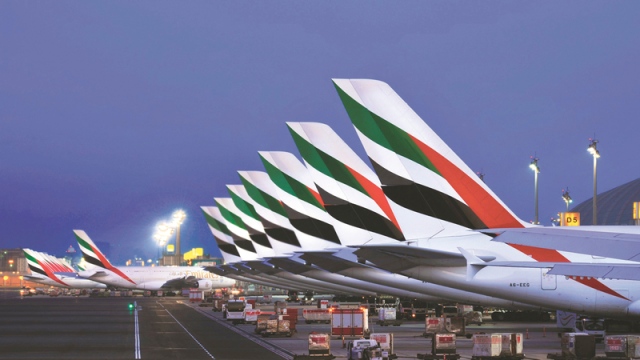 “Emirates Airlines” stated that it will resume operating all its 143 destinations by the summer of next year, indicating that the demand for travel continues to rise with the resumption of the airline’s flights.

The carrier announced that it had started operating evacuation flights to five Indian cities from yesterday until August 31, noting at the same time that it had changed its flight schedules to and from Sialkot, Pakistan, to provide customers, through seven flights per week, better times to continue their travel through Dubai to its various stations. Current.

In detail, the chief operating officer at Emirates Airlines, Adel Al-Reda, stated that the airline will resume operations to all destinations within its global network of 143 stations by the summer of next year, and said: “We can easily say that by the summer of 2021 we will serve 100% of Destinations for our network ».

Al-Reda stressed that the demand for travel continues to rise with the resumption of the airline’s flights, indicating that the number of passengers has doubled during the current period compared to the numbers a month ago, whether for “transit” passengers or for travelers coming to Dubai.

In an interview with CNBC, Al-Reda said that easing travel restrictions and resuming international tourism to Dubai contributed to the growth in numbers, adding: “We have noticed an increase in the number of travelers and tourists entering Dubai, as this is reflected in the improvement of aircraft and hotel occupancy as well.” .

He explained that the number of flights will depend on market demand, in addition to compliance with travel restrictions in some countries.

In addition, Emirates Airlines announced that it has started operating evacuation flights to five Indian cities, which will continue until August 31st.

The carrier explained that the special trips will facilitate the travel of Indian nationals in the UAE wishing to return to their country, and will also provide an opportunity for residents of the country and who are currently in India to return to the UAE to join their families and work.

“Emirates Airlines” stated that all flights will be operated by Boeing 777-300ER aircraft, pointing out that reservation is available through its website or through travel agents.

She stressed that passengers must comply with the requirements of entering their final destination, in order to be allowed to board the aircraft.

“Emirates Airlines” indicated that regarding flights from Dubai to India, only Indian nationals stranded in the UAE will be allowed to travel from Dubai to any of the five Indian cities, noting that for flights from India to Dubai, travel on these flights is available to UAE citizens. As well as for Indian nationals who hold UAE residency, and who have prior approval from the General Directorate of Nationality and Foreigners Affairs in Dubai for residents of Dubai, and from the Federal Authority for Identity and Citizenship for residents of the other emirates.

In the same context, the company said that it had amended its flight schedules to and from Sialkot in Pakistan, to provide customers, through seven flights per week, better times to continue their travel through Dubai to the various stations of its current network of 72 cities across six continents. Effective August 22, EK 618 will depart Dubai International Airport at 8:55 pm, arriving in Sialkot at 1:10 am. The return flight, EK619, will depart Sialkot at 2:40 am and arrive in Dubai at 5 am.

In addition to Sialkot, Emirates Airlines provides its customers with direct flights to four other cities in Pakistan, namely: Karachi, Islamabad, Lahore and Peshawar.

An examination certificate is mandatory

“Emirates Airlines” affirmed that in order to ensure the safety of travelers, visitors and communities, it is mandatory to present a certificate of “Covid-19” examination for all transit passengers, who come to Dubai and the Emirates, before boarding the plane, including UAE citizens, residents and tourists, regardless of Regardless of the country they come from.

A global destination, to which Emirates Airlines currently operates flights.

[UAE Today]Mohamed bin Zayed: We reaffirm our contribution to building a polio-free world

[UAE Today]Under the directives of the President of the State, the Emirates Immunization Campaign provides 583 million doses of vaccination against polio for Pakistani children

[UAE Today]Mohamed bin Zayed: We reaffirm our contribution to building a polio-free world

[UAE Today]Under the directives of the President of the State, the Emirates Immunization Campaign provides 583 million doses of vaccination against polio for Pakistani children

[UAE Today]President of Pakistan: Mohammed bin Rashid gave me the book “My Story” .. and I will read it because I am interested in the biography of His Highness and how he was able to achieve change