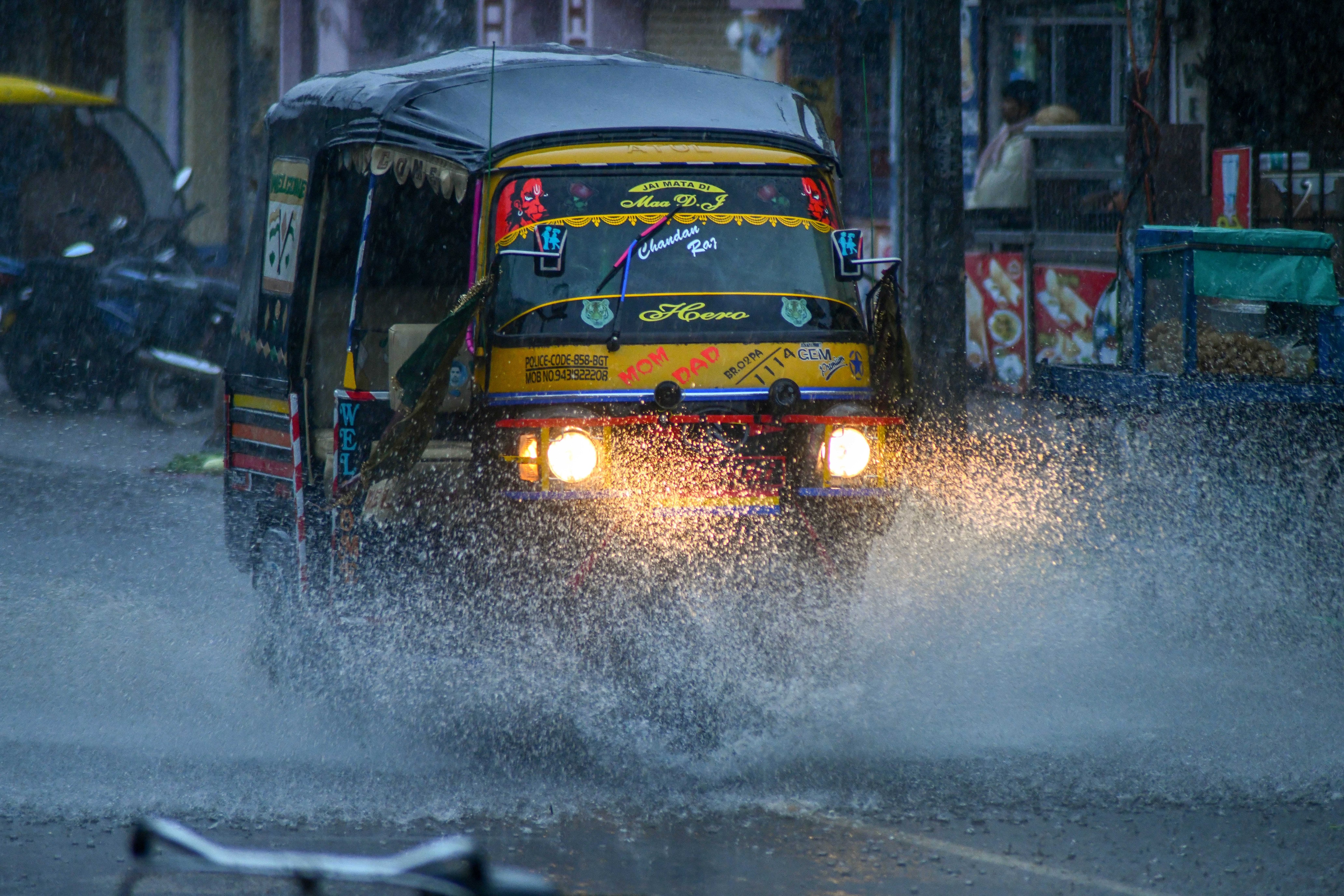 [Business Standard]India got 27% more rainfall in Aug; heavy downpour likely in next 3 days

[Business Standard]India got 27% more rainfall in Aug; heavy downpour likely in next 3 days

The India Meteorological Department (IMD) on Monday predicted heavy to very heavy showers in parts of north, northeast and south India in the next three days, highlighting that the country recorded its highest rainfall in 44 years in the month of August.

Nearly 5,000 people were shifted to safer places in Gujarat’s Bharuch and Vadodara districts after flooding in several villages due to rise in level of the Narmada river, while over 3,000 people have been evacuated from Bhandara and Chandrapur districts of Maharashtra’s Vidarbha after heavy downpour in neighbouring parts of Madhya Pradesh.

In Delhi the water level of the Yamuna was receding gradually and the river was flowing below the warning mark in Delhi. Light to very light rain and thundershower occurred at isolated places in Uttar Pradesh, and heavy rains were recorded in several parts of Rajasthan.

In its flood advisory, the Central Water Commission said the water level of Chambal river and its tributaries, and the Mahi river in Madhya Pradesh and east Rajasthan are expected to rise rapidly.

Close watch is to be maintained in districts Dhar, Mandasour in Madhya Pradesh and Tonk, Banswara, Udaipur, Jhalawar, Baran, Chittorgarh, Karrauli, Bundi, Dholpur and Kota in Rajasthan, it added.

The CWC said the Narmada, Mahi, Sabarmati rivers in Gujarat, and west flowing rivers in Konkan and Goa are expected to rise in the next three days.

In Madhya Pradesh, excess rainfall and flooding have damaged crops in seven lakh hectare area of 14 districts of the state, Chief Minister Shivraj Singh Chouhan said, assuring farmers that all possible measures will be taken to compensate them.

The cumulative water storage of 248 important dams in Madhya Pradesh stood at 84.1 per cent of capacity on Monday, officials said.

In Gujarat, due to continuous inflow of water from upstream in the Sardar Sarovar Dam over the Narmada near Kevadia village, 9.86 lakh cusec water is being released into the river, officials said.

The water level of the dam has reached 132.63 metres as against its full reservoir level of 138.68 metres, it said. As a result, the level of the Narmada river has risen significantly and water has started entering the low-lying villages situated on its banks in Vadodara and Bharuch.

In Maharashtra, 2,830 people have been rescued from Bhandara city of East Vidarbha in the last two days, and 500 people have been evacuated from the flooded Ladaj village in Chandrapur. Floodwater is now receding, but rescue operations are still underway.

Up north, a cloud cover and patchy rains kept temperatures within comfortable levels in Delhi, and the maximum temperature settled at 33.2 degrees Celsius, a notch below normal. Humidity levels shot up to 95 per cent.

On and off light rains will continue in the city over the next six days, the Met department said, adding that moderate rainfall is likely on Thursday.

In Punjab and Haryana, the maximum temperatures hovered close to normal limits, with Chandigarh recording a high of 32.5 degrees Celsius.