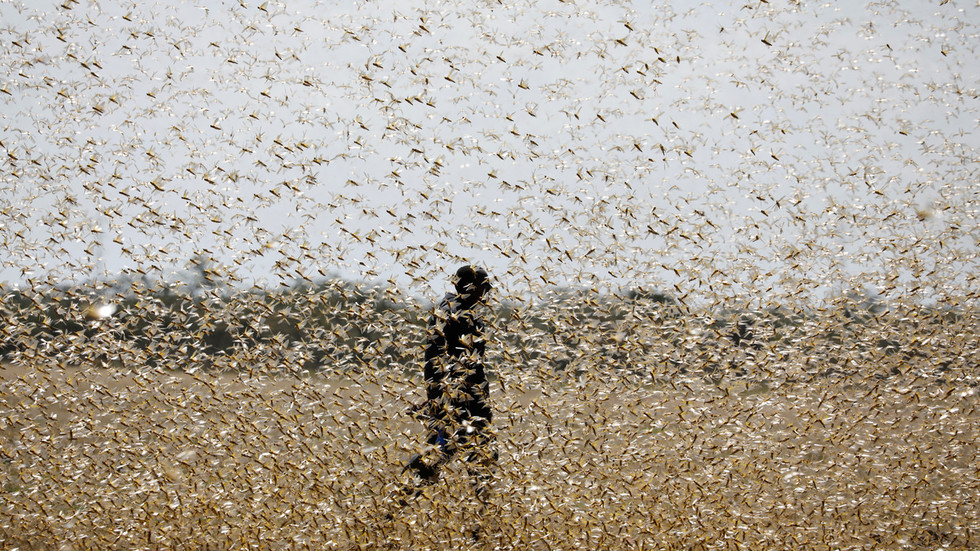 Researchers have discovered a possible secret weapon which could be used to not only keep the billions-strong hordes of locusts plaguing crops around the world at bay, but kill them off entirely.

Gigantic locust swarms have been threatening the food supplies of millions of humans in Asia and Africa since January, which along with wildfires were the only two plagues humanity had to worry about at the time, before the coronavirus spread across the globe.

Also on rt.com
India, Pakistan should brace for ‘TWIN INVASION’ of locusts from Horn of Africa & Iran, UN warns

These swarms can devastate crops and turn day to night almost instantly, but now scientists have unlocked the secret to swarm behavior among migratory locusts: a pheromone called 4-vinylanisole (4VA).

4VA is specific to only one subspecies of locust but could pave the way to discovering similar swarm control pheromones in other locusts.

The study’s authors propose a variety of ways of weaponizing this pheromone against the locust, either by corralling them into specific areas before killing them off en masse or by bioengineering more passive, less genocidal solutions.

“This study has found the long-anticipated but never-before-described aggregation pheromone that is responsible for bringing solitary locusts together and turning them into gregarious, dangerous swarming locusts,” said Leslie Vosshall, a neurobiologist who wrote an accompanying article explaining the study’s findings.

The researchers found that 4VA was equally effective on male and female, as well as young and old locusts and that, as the density of the swarm increased, so too did the amount of 4VA in the air.

Just four or five solitary locusts congregating together was all that was required to begin production and emission of 4VA, so the contagion effect was almost immediate.

To test out their theories about the effectiveness of manipulating the pheromone, researchers used sticky traps baited with 4VA as a small-scale test which proved highly effective at both luring and killing the insects.

They also proposed devising methods to prevent locusts from detecting 4VA altogether, by genetically engineering locusts without the receptor necessary to detect the pheromone, or possibly evening producing an anti-4VA chemical to essentially blind locusts to their own ‘call to arms.’ This would have the added benefit of limiting collateral damage associated with pesticide use, which is the only proven effective method of killing locust swarms but one which harms local flora and fauna in a target area.

“This year is a plague year,” Vosshall added, in reference to the desert locusts which have wreaked havoc across east Africa and parts of Asia this year.

“Probably 4VA is not the aggregation pheromone for these locusts, but this paper provides the blueprint for finding it.”

Also on rt.com
WATCH: Horde of locusts blocks out the skies in Saudi Arabia, Yemen 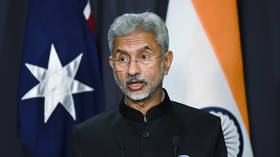 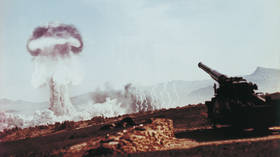